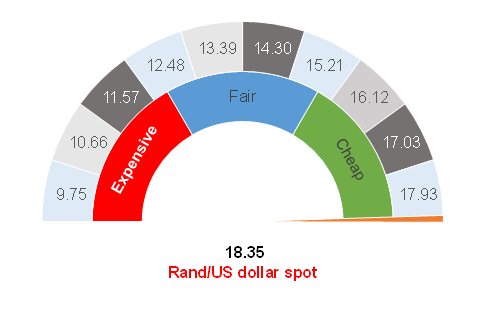 In our view, the current COVID-19 crisis, which started as a health emergency for which the South African (SA) government had to prepare, is rapidly morphing into a humanitarian crisis as the food security of huge swathes of disadvantaged South Africans is jeopardised. In addition, we expect that more economic challenges will soon start to surface as increased bankruptcies and corporate failures further exacerbate the already untenable unemployment crisis in the country. Finally, once the dust settles on these events, the government is going to be left with a significant bill for the lockdown, which will manifest as increased national debt. In a year or two’s time this will likely be mostly forgotten but, while the economy might have recovered, government’s already tight fiscal wiggle room will have meaningfully narrowed.

Looking ahead, we believe it is likely that the enduring consequences of COVID-19 for society as a whole, will be increased inequality and a government that has run out of fiscal breathing room. Economic growth is the only remedy for the bind that the country will find itself in. Government’s ability to spur growth through infrastructure development remains doubtful, in part because government doesn’t have any fiscal wiggle room and, in part because those policies which government has put in place are more likely to result in corruption and inflated prices than genuine infrastructure development and economic growth.

We continue to see the rand being weaker than its fair value – SA is at a crossroads and government needs to be very careful of not grabbing at quick fixes, which will break the already fragile societal trust in government. In this context, we are pleased that the economic plans being discussed are proposals that would get buy-in from the private sector. We are grateful that populist notions such as prescribed assets, the printing of money, the SA Reserve Bank (SARB) financing Eskom and other measures have not gained traction as we believe there is a significant risk that these types of actions will be the straw that finally breaks the camel’s back. For government to regain the trust of the private sector to invest in a post-COVID-19 SA, it cannot afford a lurch towards populism.

The fact that, for now, prescribed assets and the SARB financing Eskom seem to be off the table gives us hope that sensibility will indeed prevail. We therefore maintain our view that the long-run, fair value of the rand is c. R15/$1 and that the currency will recover, in time. We also assert our view that this will probably be a six-month or so process as global volatility due to the COVID-19 crisis dies down. The extent of the overshoot on the rand is depicted in Figure 2 below. For as long as government doesn’t stumble towards prescribed assets and the SARB’s financing of Eskom, we expect the rand will recover just like it has in each of the previous crises. 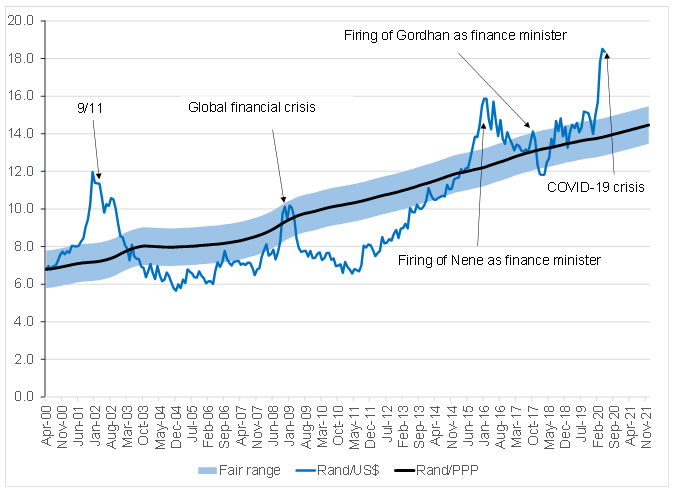