The navigability of freedom

One of my core values is freedom. When I am at my best, I have a great sense of freedom and freedom is the filter through which I make difficult decisions. Why then, in a year in which our so-called freedom has been taken away, am I not feeling frustrated and lonely?

In answering this question, I ask myself, by writing “it is because I have freedom of choice. I cannot choose the act, but I can choose how I react?” This statement is thanks to hours of therapy and research into the topic of choice and it is an affirmation in which I wholeheartedly believe. But I read Cass R. Sunstein’s book entitled On Freedom recently and in it Sunstein shows that freedom of choice needs to be accompanied by the ability to navigate life. Whilst freedom of choice is critical, it is undermined, if not destroyed, when life cannot be navigated.

Why am I starting an article for The Navigator by quoting from my journal? Besides the obvious link being the word “navigate”, I am hoping to introduce the word “navigability” as a concept. Navigability is the term Sunstein uses to describe how easy, or difficult, it is to get from here to there and, in the metaphorical sense, to achieve a goal once you have set one for yourself.

People’s free choices do make their lives better, however, people might also have no idea what the actionable steps are that they need to take. To progress, people need to be nudged. If you are familiar with Sunstein and Richard Thaler’s work you will know that nudges are interventions that steer people in certain directions, but that also preserve their freedom of choice. In his book, On Freedom, Sunstein uses the example of a GPS as a nudge. The person knows their here and they know where their there is, in other words, they know where they want to go. The GPS device (the intervention) helps to get them to their preferred destination (it steers them in a certain direction), but they can ignore its advice (thus preserving freedom of choice) if they would like to. There are many different examples of nudges such as calorie labels on food, enrolling in a company’s pension plan being the default (i.e. not having to opt in), default settings on cell phones, automatic credit card payments, graphic warnings on cigarette packaging, and road signs being just some of these. Whatever form of choice architecture is in place, it will nudge.

This document that you are reading is also a form of choice architecture.

Nudges are designed to increase the likelihood that  people’s choices will improve  their  own  well-being  with  the central goal of nudging being to “make choosers better off, as judged by themselves.”

That last part is important, we respect a client’s autonomy whilst attempting to make life more navigable, through nudging. Our goal is to promote navigability, whilst also increasing our client’s capacity for agency and autonomy.

To explain this concept of navigability, Sunstein uses the representation of a Food Pyramid. 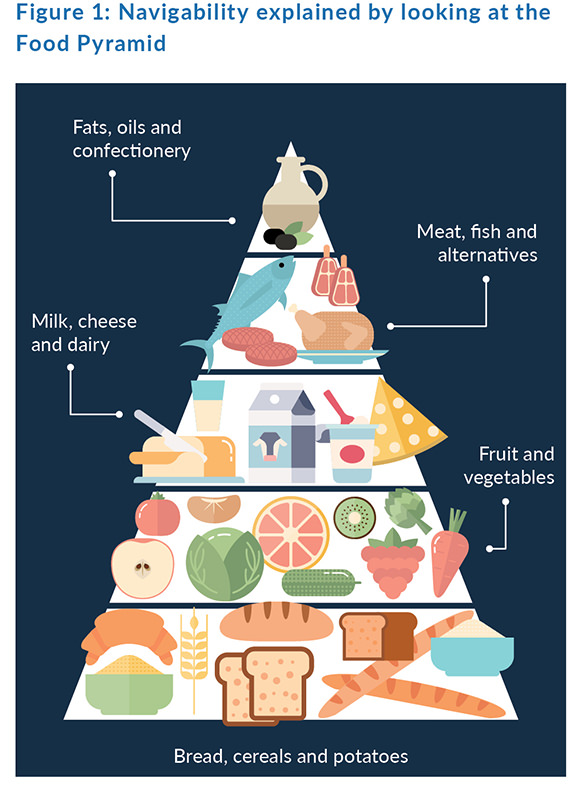 The pyramid has been criticised for not giving people a clear path with respect to healthy food. Whilst they are interested in eating healthy, they do not know what to do and, as such, are unlikely to change their behaviour. The pyramid was later replaced by a simpler model – a plate with clear markings. 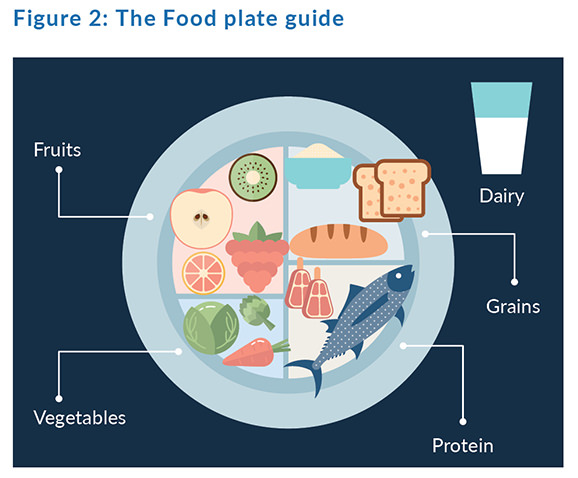 In addition, the plate was accompanied by straightforward statements that avoided ambiguity, such as “make half your plate fruits and vegetables, drink water instead of sugary drinks, choose unsalted nuts and seeds”, as well as being actionable. By using the plate and not the pyramid, a favoured path has been identified.

When there are obstacles to navigability, freedom is reduced (even if there is freedom of choice).

“When life is hard to navigate, people are less free.” – Cass R. Sunstein

There are a few problems that need to be considered in the art of navigation. The first being that people might not know what the best path is for them. Research has shown that many people’s problems stem from insufficient navigability and, as such, freedom from these problems means making the world more navigable for them. Then we have those people who know what the right path is for them, but who lack the motivation to get on this path. In addition, there might be a wide range of difficult choices and finding the focus to choose the right path might also be arduous. What about when the destination itself is not simple (I want to retire with R100mn), but rather abstract (I want to add value to society)?

Application of carefully constructed choice architecture is much less simple when people, and their behaviour, is introduced to the theory: “Choice architects cannot contend that they are increasing navigability or merely vindicating choosers’ preferences.”

Choice architecture reduces difficulty by providing a framework, or a relevant intervention, which increases navigability. It is designed by the choice architects (at Anchor these are our analysts and fund managers), who identify choices which informed people (considered “normal” in traditional finance) consistently make.

As a complement to the choice architecture, which can be applied in a normative scenario but becomes complex when behaviour is introduced, we need people helping people.

Although this is obviously a critically important part  of our business, the most important asset under management, as I read in a recent article by industry pioneer Mitch Anthony, who advises financial services organisations around the globe, is the person behind the wealth. He describes the “advisory relationship as 1) a story of numbers and 2) a number of stories”, as it is the story behind what the person hopes to achieve and our role as wealth managers to help them, that sets us apart.

Navigability is inseparable from understanding people’s desires – where they come from and how they fit in. Often people need help reaching their goals as they themselves can be the roadblock on their own path, possibly due to a lack of information or inherent behavioural biases.

In the past I spent an enormous amount of (wasted) time worrying about my job being replaced by technology. I have since learnt that it is my human capacity for empathy, creativity, and connection which is irreplaceable. This is important because it is humans that are under management, not assets. Living, breathing, feeling, emotional human beings.  They have a past, a present, and a future and we, as advisors, need to understand the past, be present in the present, and make sure we are there for them in their future.

Nudges, choice architecture, The Navigator, has the goal of increasing navigability – of making it easier for people, specifically our clients, to reach their preferred destination. Whilst we do hope that The Navigator is helpful choice architecture, what sets Anchor apart is our people and we hope that, along with your advisor at Anchor, we are able to further simplify the complexity   of navigation as we truly believe that improvements in navigability can make all the difference.