Anchor rand view: The rand pushes below a psychological level and the MPC makes an announcement 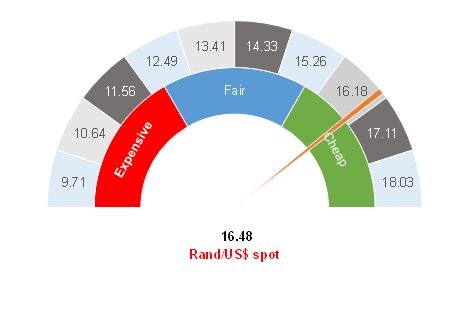 It has been around two weeks since we last published our views on the rand in our quarterly strategy report entitled, The Navigator – Strategy and Asset Allocation Report 3Q20. Local data flow has been rather slow and, for much of the past two weeks, the rand was range bound in a tug of war between South Africa’s (SA’s) weak fundamentals and the global recovery. It would seem to us that SA’s COVID-19 infections are likely to peak in the next month or so and that, for the most part, SA’s experience with the pandemic will be less dire than was originally feared. This week has also seen the European Union (EU) demonstrate more cohesion than in the past by agreeing on a significant stimulus package to aid the region’s recovery. This improved EU unity, and the stimulus package itself, was well received by markets and, consequently, we have seen a weaker US dollar (which looks like a stronger rand from where we sit) and a risk-on trade with respect to SA bonds and equities. For now, markets appear to be in a state of nirvana with stimulus still flowing freely and increasing signs that the disease is becoming more manageable. All these factors should bode well for risk assets in the near term and has also bolstered the rand.

On Thursday (23 July), the SA Reserve Bank’s (SARB’s) Monetary Policy Committee (MPC) announced a widely expected 25-bpt interest rate cut, bringing the SARB’s total rate cuts YTD to 3.00%, with the repo rate (the rate at which the SARB lends money to other banks) now at 3.5% – itslowest level since the early 1970s. However, we highlight that the SARB is gradually running out of room to cut and we think that monetary policy has done most of what it can to aid the beleaguered SA economy. We remain of the view that the structure of the SA economy is such that quantitative easing (QE) will bring very little benefit to the real economy and is instead just a tool to weaken the rand. We also do not believe that this rate cut will have much of an impact on the currency, which was trading at around R16.56/$1 following the announcement after having pushed below the psychological R16.50/$1 level on Wednesday (22 July).

We maintain our view that the currency will slowly claw its way to below R16/$1. We have been advocating for investors to put money into currency hedges and hold back on sending money offshore above the R16.50/$1 level. However, the rand has recovered well, and the local currency is now even stronger than this threshold we had set. Thus, we will not be hedging any more currency and the discussion now should be about starting to reduce these hedges and expatriating some cash once again. We are doing this very slowly, however, as we wait for further rand recovery, in time. By and large, we are maintaining our current positioning while we wait. We are convinced that the domestic market is looking for signs of SA further reducing its Draconian lockdown rules and for global risk appetite to continue its recovery. 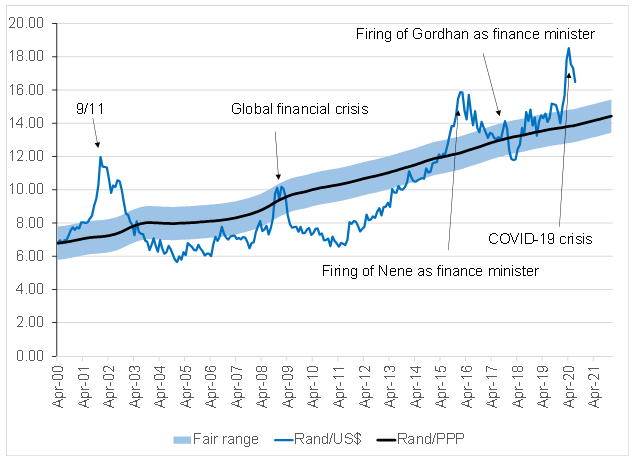