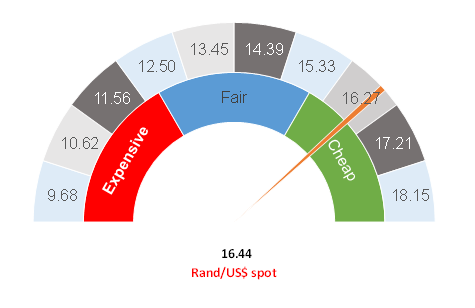 Total global COVID-19 infections currently stand at 29.7mn and, while the number of infections appear to be ticking up, the mortality rate is coming down. The pandemic is far from over, however, humanity is learning how to live with it and doctors are becoming more effective at treating it. We are hopeful for the future. Various media reports had suggested that South Africa (SA) will see the lockdown reduced to level 1 soon and on Wednesday evening President Cyril Ramaphosa announced that the country will be moving to lockdown level 1 from midnight, 20 September. This lowest level of the lockdown means that gatherings can increase to 200 people, the curfew has been extended to midnight, alcohol can now be sold until 7PM, and borders will be opened for international travel from 1 October subject to certain restrictions, as well as further freedoms being introduced back into SA society.

The joys of the unlock have also brought improving business and consumer sentiment with it. Although local 2Q20 GDP data, reflecting the worst months of the pandemic, were as horrific as widely expected (a 16.4% QoQ seasonally adjusted contraction and a 17.1% YoY drop), the recent current account deficit seems to imply a recovering local economy. SA’s August manufacturing purchasing managers index (PMI) was around its highest level in years as the local economy started the rebound. In spite of the fact that we do not expect SA’s economy to quickly rebound to where we were, and a full recovery is likely to take two or three years, there is something to be said for the positive momentum that we are currently seeing.

We highlight that Ramaphosa’s stance on rooting out corruption is seemingly starting to have an impact. These things all start slowly, and the improvement will not be immediate but we are noticing slivers of consequence for corruption within government. Hopefully, in time, the ramifications of corruption will take further hold and become more meaningful. We are hopeful for the future, although the path forward remains long and difficult.

Elsewhere, on Wednesday evening (16 September), the US Federal Reserve (Fed) left its benchmark rates on hold, as expected. Fed officials indicated that they expect the rate to remain at nearly zero at least through 2023, thus affirming its lower-for-longer stance on interest rates. US inflation has ticked up, however it remains well below the Fed’s target range of 2% although the Fed also confirmed yesterday that  it “will aim to achieve inflation moderately above 2% for some time …”, thus confirming that it will tolerate inflation above the target for a while before reacting, further reinforcing the mantra of lower-for-longer. The lower US interest rates, coupled with a gradual unlock and realisation that most of the globe will recover quickly, is breathing life into the search for yield. Recently, we have seen both the rand and bond yields benefit from this.

Domestically, the South African Reserve Bank (SARB) is announcing its interest rate decision on Thursday (17 September). The market is fully expecting another interest rate cut, although we think that there is a reasonable prospect of rates remaining on hold for now. It is a marginal decision in our view, and we believe that the market is perhaps being overexuberant in its rate cut expectations. Should rates remain on hold, we see some scope for further rand strength towards the end of this week.

The currency is currently (10AM on 16 September) trading at around the R16.44/$1 level and our base-case scenario is that the rand will remain volatile and around this level for the next while, clawing its way below R16.00/$1 over time. In our view, there is still further scope for some rand recovery. We are likely to retain our underweight stance towards the US dollar at these levels and we will look to increase our dollar exposure should the rand continue to strengthen. 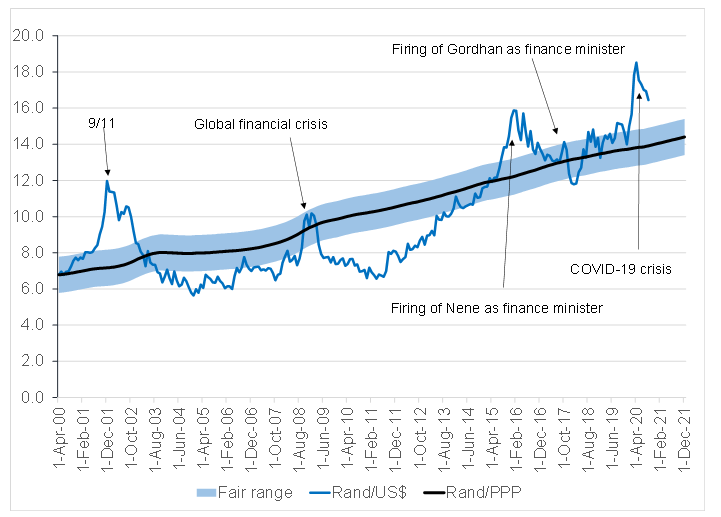