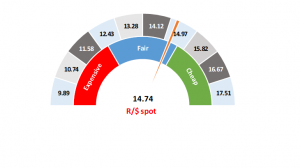 The rand has been trading in tight ranges against the US dollar over the last few days, while we await the outcome of several key events. On Tuesday morning (22 October), the rand was trading at R14.74/$1 which we note is within our fair range.

The market is currently in a wait-and-see mode. Among the reasons for this are the following:

Longer-term views depend significantly on how the abovementioned factors play out. A Brexit resolution and a softer US economy could see the US dollar come under pressure and the strengthening trend of the last few months might run out of steam.

In the context of positioning client portfolios, we previously reduced our US dollar exposure when the rand was trading above R15 to the dollar. We will maintain our slight underweight dollar positions while the rand is in the fair zone but we note that near-term events can easily push the currency in either direction. 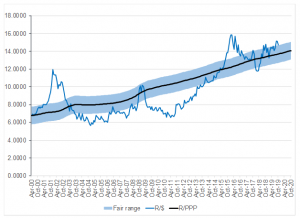