Anchor rand view: Rand recovery a marathon, not a sprint 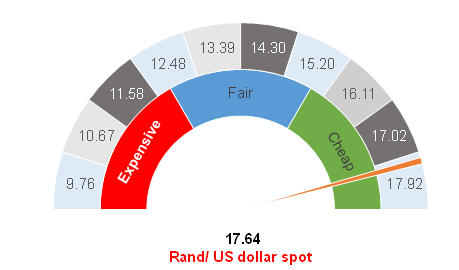 We maintain our view that, at the start of the COVID-19 crisis in March, we saw an extreme overreaction on the part of global investors to sell-down emerging markets (EMs) and move into the relative safety of US dollars. Globally, we experienced the swiftest and largest withdrawal from EMs in history. The incessant selling pressure on EMs meant that asset prices came under significant pressure, manifesting as lower bond and equity prices in South Africa (SA), while the rand pushed weaker to massively oversold levels.

The crisis is now abating, in part because the number of new infections in much of the developed world is declining and, in part, because of a tsunami of financial stimulus that major central banks around the world have unleashed. As a result, we expect that the risk appetite for EMs will recover and that EM assets will once again benefit from increased demand. Unfortunately, we also think that the recovery will be led by quality and EMs that have stronger economies and government finances will recover first. The perilous state of the SA government’s finances means that the country will lag in this recovery. The rand moving from c. R18.50/$1 to c. R17.50 vs the greenback was effectively SA playing catch-up with other EMs that had already recovered.

In our view, government moving SA to Level 3 of the lockdown on 1 June is positive from an economic perspective, although some of government’s decisions and regulations still seem capricious to us and also risk eroding the already fragile public trust in government’s handling of the crisis. We were surprised that the rand and domestic bonds did not strengthen a little more as a result of the announcement on Sunday (24 May). For now, the rand remains on tenterhooks with China’s stance towards Hong Kong threatening to derail the current EM recovery (it was reported on 22 May that China plans to push through a sweeping national security law for Hong Kong in what many commentators deem will effectively end the territory’s autonomy).

Nevertheless, our long-term view remains that the rand should see further recovery. We think that this will be more of a marathon than a sprint and we expect the currency to slowly and gradually claw its way back towards its fair value, which for us remains at around R15/$1. However, in our view, private sector’s scepticism of government and weak government finances are good reasons why the rand will trade on the weaker side of its fair range. Even so, we do think that the local currency has the potential to trade below R16/$1 once again.

As can be seen in Figure 2, the rand remains oversold and we expect it to gradually move toward its fair price. However, we acknowledge that this will be a volatile ride, and, in the short term, the rand is equally likely to weaken. Taking a longer-term stance, we are maintaining the currency hedges on our offshore assets as we expect the rand recovery to play out over time. 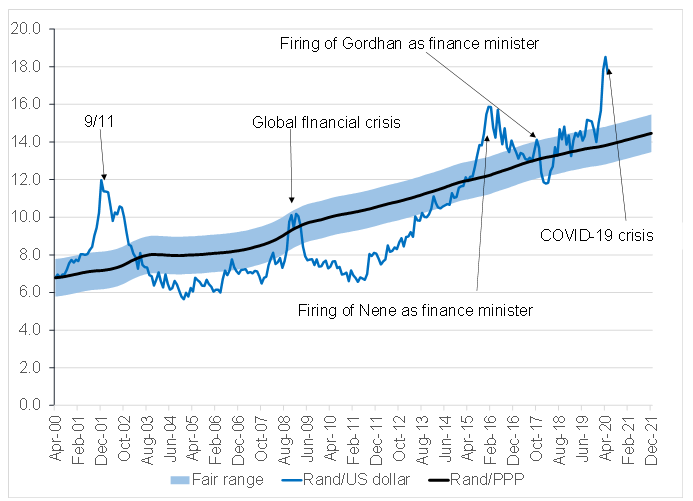