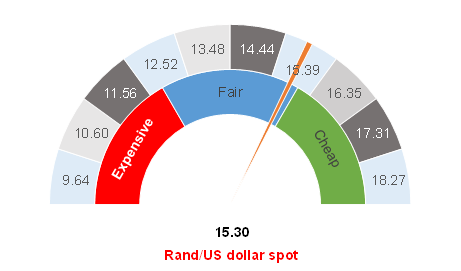 The rand was trading at R15.30/US$1 on Thursday morning (28 January). In this note, we start by looking at Figure 2 below, which shows how the rand has weakened against the greenback over a one-year period to 28 January 2021, relative to the currencies of a select number of other countries. As per Figure 2, the rand has weakened by just over 4% against the US dollar for the year, which is less than the weakness experienced in the Australian dollar and the British pound. The rand’s performance also compares favourably to the Brazilian real and Turkish lira over a one-year period. Our purchasing power parity (PPP) model (Figure 3) suggests that the local unit should, on average, weaken by between 2.5% and 4% each year and, over time, the rand is expected to be close to our upper band.

The rand is thus doing what it should. Throughout the one-year period, however, the rand has been volatile, and it set a new record of R19.36/US$1 as its weakest ever level. In the short term, the reputation of the rand as being the world’s most volatile currency is well deserved. 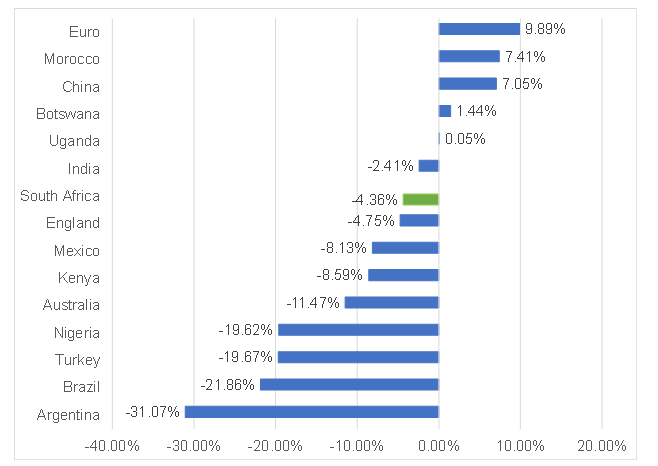 We can debate the merits of each of these arguments for a weaker dollar, although it is fair to say that the slower-than-initially-anticipated rollout of vaccines globally has halted US dollar weakness, at least for now. We think that US dollar weakness will probably be a theme for 2Q21 and 3Q21. For 1Q21, we are neutral on the greenback at current levels. This provides for a stable near-term outlook, although the key risk to our view is a resurgence of the COVID-19 pandemic, further lockdowns globally, and a risk-off period. Similarly, a mini correction in stock markets might see some risk-off reaction and a stronger dollar.

Turning to the rand, the political situation, and the dire fiscal position within national government are taking centre stage. This year will be all about the government’s ability to reign in expenditure. Clearly its failure to budget for buying vaccines has (rightfully) rattled the markets. Our base case is that the government can find the additional cash from a few revenue overruns last year and from other savings. South African (SA) tax as a percentage of GDP is close to 24%, while the global average is close to 14%. In short, SA does not have room to raise taxes and the government is acutely aware of this. Therefore, we expect the focus to remain on government’s ability to achieve cost savings on its wage bill.

The stark reality is that the SA government does not have a choice but to deliver on this promise. We are positively surprised at government’s resolve to embark on this battle to reduce its wage bill and the fact that it has been prepared to go to court against the labour unions. The tough decisions seem to have been made although the outcome will only be known once the Constitutional Court case has been heard and the wage negotiations for the next three years is complete. We can expect an active strike season in 2021, as government engages in a battle with the unions which it cannot afford to lose.

We are aware that the country cannot cut costs sufficiently to address imbalances within government – we also need economic growth. In this regard, we are all very focused on the growth initiatives that have been announced. It is imperative that government continues to action these with haste. We need to reignite private sector growth and investment activity. 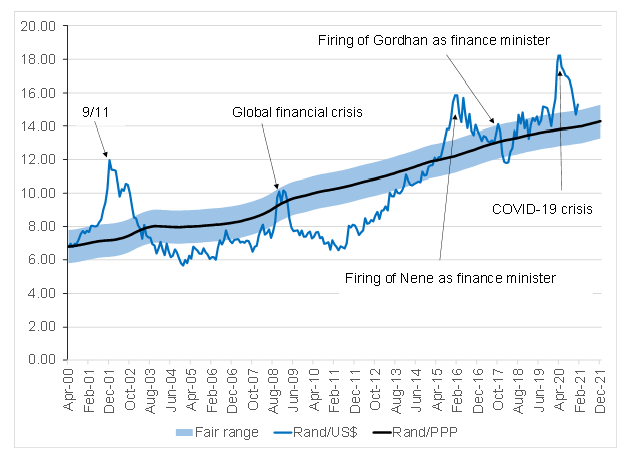