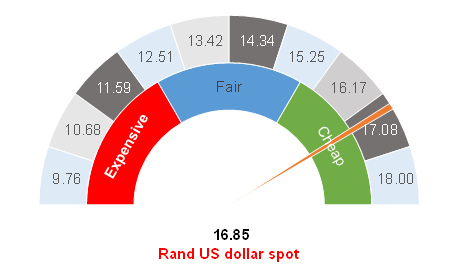 The rand is trading at R16.85/$1 once again, which is a marked improvement from where the local currency was trading at a mere two months ago. In fact, emerging market (EM) currencies are heading towards their best week of gains in about four years as optimism around the unlocking of economies grows and the US dollar faces weakening pressure.

The COVID-19 pandemic recovery is underway in much of the developed world, with declining infection rates, economies being reopened and stimulus packages being announced. Most recently, we have seen the European Central Bank (ECB) increase the size of its Pandemic Emergency Purchase Programme (PEPP), giving support to the euro while the US dollar has continued to slide in value.

This resurgence in risk appetite and optimism is seeing flows to Europe. However, while risk appetites and animal spirits may have been reignited, investment flows into EMs are still rather modest. Central banks stimulated developed market (DM) yields to levels that are approaching zero or negative yields. As a result, investors that need to generate an income will be forced to increase the risk of their portfolios and it is only a matter of time before their attention turns towards EMs. We think that there is still a good propensity for the rand (along with other high-yielding EM currencies) to see a significant recovery. Remember that a mere five months ago the rand was trading at below R14.00 to the US dollar.

Domestically, we are also seeing an unlock of the economy and economic projections are less dire than previously. In all, there is a feel-good factor with the unlock and, while economic damage has been done, we think that the market will look through this for now. The adjusted SA budget speech on 24 June will be a market moving event, but it seems to us that it is taking place at a time when the market is forgiving and all news is perceived as being good news.

For now, the future of the rand will be determined by the extent of foreign investment into SA, when it does eventually arrive. Our fair value remains at around R15.00 against the greenback. If we see portfolio flows towards our local currency to the extent that we saw outflows, then the rand may quite easily strengthen through this level again. However, should we see portfolio flows to a greater extent (following all the stimulus) then the rand will quite conceivably trade below R15/$1 once again. Conversely, if the sovereign credit rating downgrade does mean a smaller share of the EM flows for SA, then we think that the rand will hover at around the mid-R15/$1 level for a while. We do not quite know where the rand will settle in the longer term, however, we do maintain our call that it remains oversold and that there is scope for continued appreciation of the local currency.

With the rand at current levels, we are maintaining our positions and we will remain patient before unwinding some of our hedges. 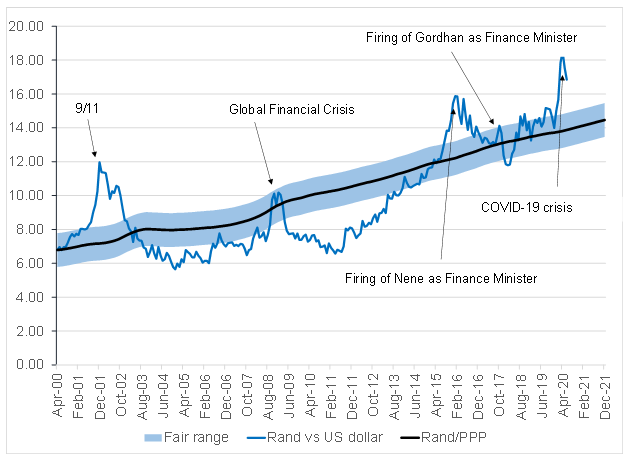