Anchor rand view: Despite Turkey’s woes, EMs are staging a recovery and supporting the rand 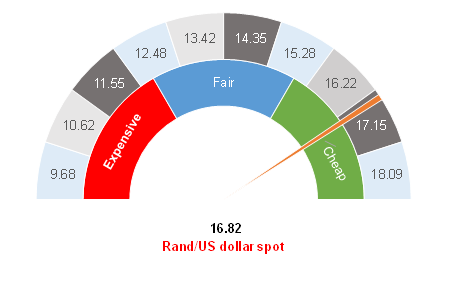 Turkey’s recent experiment whereby the Central Bank of the Republic of Turkey (CBRT) applied quantitative easing (QE) and printed money for the purposes of financing that country’s government is not going well. The value of the Turkish lira continues to slide in response to this move by the CBRT and global markets seem to have decided that Turkey’s current woes are self-induced and not a systemic problem within emerging markets (EMs). This has resulted in Turkey decoupling from the rest of the world and its market continuing to slide in terms of valuations. In stark contrast, most other EMs are staging a recovery. In South Africa (SA), the rand is currently (26 August) trading back around R16.80 against the US dollar – well below the psychological R17.00/US$1 barrier.

International developments have also been favourable for EMs and, following weeks of escalating tensions, the US held trade talks with China which seem to indicate that a phase-one trade deal is steadily progressing. Indeed, China has stated that it expects to see record soybean imports from the US for 2020.

SA’s July annual inflation print (released today [26 August]) came in just above 3%. This is an increase from June’s annual inflation rate of 2.2% and May’s 2.1% print. As inflation rises back within the South African Reserve Bank’s (SARB’s) target range of 3% to 6%, the market is anticipating that the domestic interest rate cutting cycle is over. We now expect interest rates to remain on hold for the foreseeable future and well into 2021. The end of the rate-cutting cycle is also giving a boost to the rand with the search for yield seeing carry traders dip their toes back into the local market. We still see some scope for this to accelerate over the coming months and we remain of the view that the rand will, at some stage, trade back at around R15 to the greenback levels.

Overall, we see that the rand has been staging a recovery; however it remains outside our fair-value band largely due to domestic political and economic growth risks. We remain hedged for a further recovery of the currency. We have said before that that this further recovery will be slow and erratic and this is even more so in the lead up to the US presidential election in November and the risk of a second wave of COVID-19 infections. We maintain the view that we will gradually reduce our currency hedges when the rand is trading below R16.50/$1. 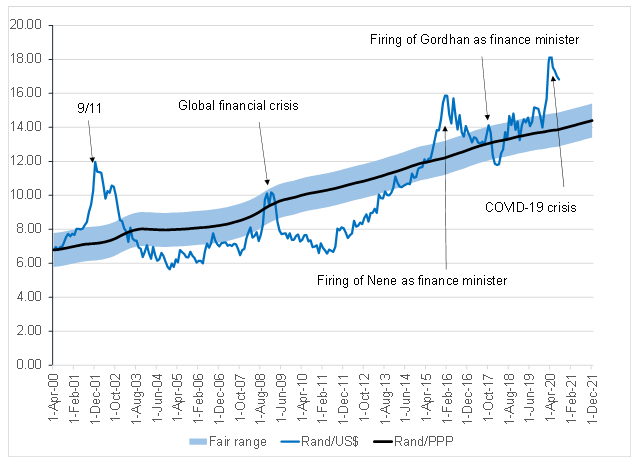