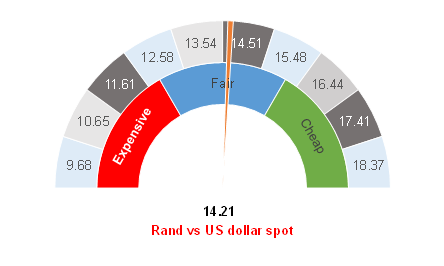 The theme of global financial markets during 1Q21 was that inflation was recovering (and possibly overheating), which resulted in global bond yields (predominantly those in the US) surging higher and the US dollar recovering from some previous weakness. However, 2Q21 has now rolled in and market themes have also shifted. Analysts and market commentators are barely talking about inflation and, instead, discussions are around the lower volatility ahead, a reopening of economies, and future US corporate tax hikes.

The current global theme of lower volatility is great news for carry traders who will feel emboldened to increase their exposure to the currencies of those countries where interest rates are above zero. The rand has long been one of their favourite investment destinations. At the same time, the consensus view on the reopening of economies is that the commodity rally still has legs and therefore investments in South Africa (SA), Russia, and Brazil will remain attractive. Combining these two themes means that the rand will see some offshore support for a while. The foreign buying of local bonds has also turned positive once again and the currency has strengthened significantly over the past two days (14-16 April).

As at the morning of 16 April, the rand is trading at around R14.21 to the US dollar. This is stronger than we had been anticipating and compared with the range of R14.50-R15.00/US$1 that we have been talking about. The consensus trades that we have spoken about above can be fickle and have a knack of reversing rather quickly. Nevertheless, we have been saying for a while that both the strong dollar factor and SA’s positive trade surplus have been supportive of the rand for the past year and a half but should weaken over the coming months. Still, our view is also that the short-term momentum which is strengthening the rand is strong and we believe that it is certainly possible that the local unit will test levels stronger than R14.00 vs the US dollar. If we look further out towards year-end, then we think that our R14.50-R15.00/US$1 range still has merit, although we do have to admit that it is being tested and might prove to be too pessimistic on the prospects of the currency if the current positive commodity cycle continues for a protracted period.

We have been saying for some time that the rand may touch the midpoint of our fair range and, it seems, that this has now occurred. We do not see sharp rand weakness in the medium term and, though our internal discussions have shifted towards taking larger exposure in US dollars, we should not rely on rand weakness for returns. Making decisions to invest abroad should instead be based on the long-term outlook for those global assets in which we invest. 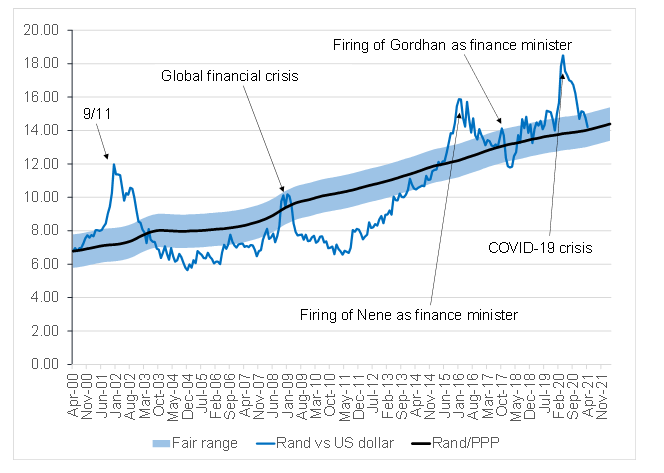