Anchor rand view: A Biden victory positive for the rand 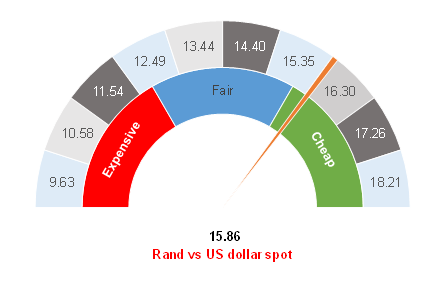 While it is still too early to call the US Presidential Election, the market is pricing in that the US will have a new president. Donald Trump is expected to be just the tenth president in US history that fails to win a second term. However, the race for the US Senate is much closer and it is highly plausible that a newly inaugurated President Joe Biden could face a Republican-controlled Senate filibustering the Biden administration’s ambitions in much the same way they did during Barack Obama’s presidency. Nevertheless, a Biden administration is expected to push for a stimulus package, which the markets are eagerly anticipating. Similarly, policy is expected to be more predictable and, for now, this should create a more supportive environment for emerging markets, and consequently also be supportive of the rand. We have been saying that, in the near term, a Biden victory will give us a rand/dollar exchange rate target of R15.75/$1. In the longer term, it also opens up possibilities for the rand to keep grinding stronger. In our view, R15.00 to the greenback has now become increasingly plausible.

On the domestic front, a number of factors are still negative, especially with the skepticism that has met last week’s Medium Term Budget Policy Statement (MTBPS). Taxpayers are understandably unhappy having to pay yet another bailout to beleaguered government-owned airline, SAA. Meanwhile, the government’s ability to cut its wage bill is questionable, although the brutal truth is that the government has no other options to manage its finances. Still, actions speak louder than words and we wait to see how the wage negotiations proceed in 2021. This will be a cloud over the rand, and we maintain our view that it will trade on the weaker side of fair, even in the more supportive Biden presidency environment.

We will largely maintain our currency hedges at current levels, though we might use any further rand strength to increase our exposure to US dollars in a phased approach. 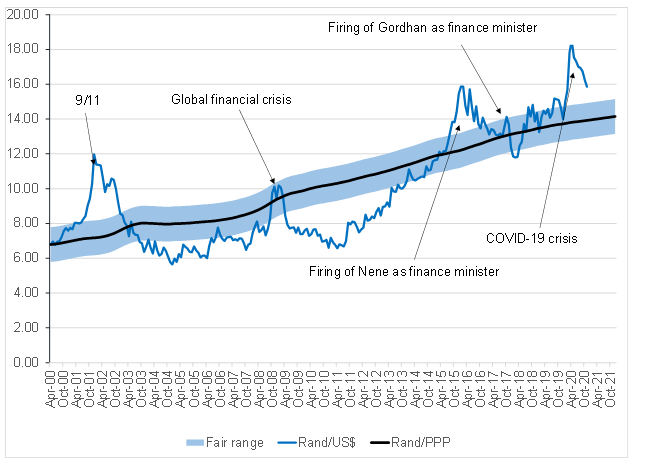