As global demand for the year-round supply of fresh fruit continues to increase, internationally traded volumes continue to reach new highs. Over the past decade, the average annual global growth rate of the fruit trade (citrus, table grapes, avocados, pome fruits [such as apples, pears, quince, etc.], and stone fruit) was 2.1% – from 32.92mn tonnes in 2010, to 38.97mn tonnes in 2019. Considering the different ends of the spectrum, the pome fruit trade was the most stable with a 0.25% average annual growth rate, whilst the avocado trade increased at an average annual rate of 13.15%. As a result, the total trade value for these fruit types rose from US$30.87bn in 2010 to US$41.81bn by 2019.

If one were to consider SA’s total fruit production volumes, citrus is the largest fruit industry in the country. With a focus predominately on the export market, the local citrus industry is also the largest citrus exporter in the Southern Hemisphere, accounting for more than 60% of total Southern Hemisphere citrus exports. All in all, SA is the second-biggest citrus exporting country after Spain. The various types of citrus fruits are produced in numerous climatic regions throughout the country, and production capacity is expanding rapidly throughout SA. The main citrus production regions are in the Western Cape, the Eastern Cape, along the Orange River in the Northern Cape, the KwaZulu Natal Midlands, Eastern Mpumalanga. and the Limpopo province. The SA citrus season starts in February with lemons and continues until September, when the last oranges are harvested. 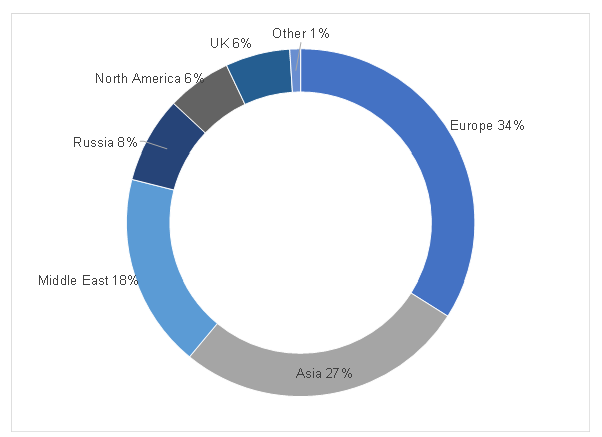 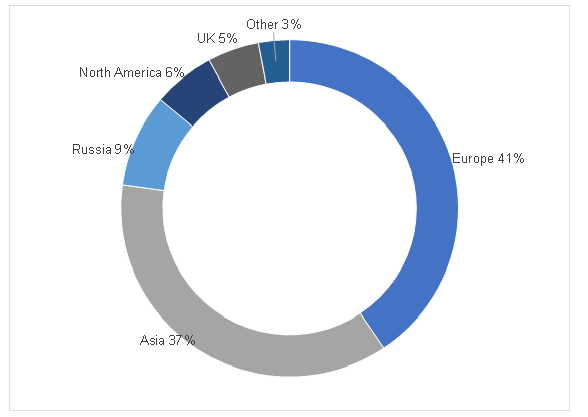 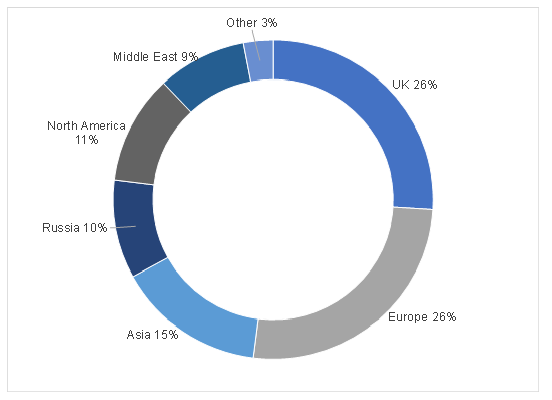 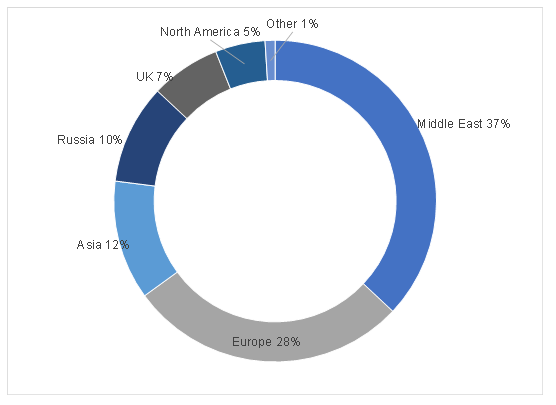 Although the domestic citrus industry is predominately export orientated, local fresh fruit and fruit processing markets have expanded sufficiently to absorb that component of production which is not suitable for export markets. Domestic soft citrus consumption, for example, grew from 9,046 tonnes in 2010, to 42,806 tonnes in 2019, with the easy peeling quality resonating with the local consumer, while domestic demand for lemons and limes have increased as well. By contrast, a gradual decline in local demand for fresh oranges was observed over the past ten years – from 134,714 tonnes in 2010, to 94,462 tonnes in 2019. Alternatively, the portion of grapefruit consumed as fresh fruit domestically remains very small. On average, around 24% of citrus is absorbed into the processing market, with challenging seasons often leading to a higher relative share of fruit in this market channel, as was the case in 2019, when 29% of citrus was sold to processors.

The Bureau of Food and Agricultural Policy (BFAP) forecasts that further expansion in the area under citrus over the next 10 years, will slow substantially from the growth rate over past decade. The BFAP forecast is underpinned by a projected stabilisation in prices across all citrus types, as additional volumes from recent orchard establishments enter the market. The bureau further estimates that the total area under citrus production will grow by 1.25%, on average, for the next 10 years to 103,552 hectares by 2029, compared to the average annual growth rate of 4.57% from 2010 to 2019. 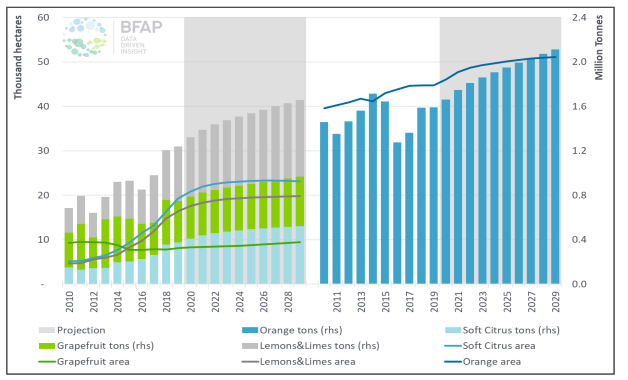 SA’s citrus trade season will come to an end in the coming weeks – the last citrus shipments from SA left for Europe in the week of 12 September and will be marketed until mid-October. The Citrus Growers’ Association of Southern Africa (CGA) notes that, despite the global COVID-19 pandemic, this citrus season was exceptional and, due to continuing good demand for citrus fruits from overseas, this season will end earlier than in years past.

However, this does not necessarily mean that the local citrus industry was immune to COVID-19 related disruptions. Under the stricter lockdown regulations, fields and packing houses could only operate with half the workforce. Initially, there were bottlenecks in the containers that still had to be returned from Asia to SA. In addition, ports were also temporarily overstretched, which led to backlogs at the shipping companies, causing massive logistical problems and many delays. In some cases, produce was on the road for two weeks longer than usual. As a result, there were never enough oranges in Europe and volumes were always in short in terms of supply. Still, COVID-19 and the associated high global demand for vitamin C had a positive influence on the demand for citrus fruits worldwide, and was one of the primary drivers for SA’s increased exports.

Overall, the CGA expects the local citrus industry to grow a further 500,000 tonnes of citrus in the next three to five years. This will generate further export revenue and create more employment for the industry. Moreover, an additional R6.8bn in foreign exchange earnings and 2,250 sustainable jobs are predicted in growth projections for soft citrus, lemons, and Valencia oranges over the next three years.

While this is welcome news for our unemployment-ridden country, the CGA does caution that, if the industry fails to expand its access into overseas markets over the next few years, there is the risk of an oversupply of the region’s exports, which would result in lower prices for SA’s citrus exports. As a result, the CGA has identified the following markets, which it hopes to gain, retain, and optimise – the Philippines, Vietnam, Japan, China, and India. The CGA further states that most of the groundwork has already been done in many of these key markets, and all that is required is the finalisation and signing of the necessary protocols to allow increased shipments from SA into these countries.