Anglo American Platinum (Amplats) reported interim results for the six months ended 30 June 2021 (1H21) on Monday (26 July). We note that in 1H20, Group production volumes fell 46% YoY (vs 1H19) because Amplats had declared force majeure due to an explosion at its Anglo Converter Plant (ACP), at the Waterval smelter in Rustenburg, which was damaged after an explosion within the converter in February 2020. It is important to keep the 1H20 low base in mind when looking at the latest 1H21 results. This is also the reason why 1H20 cash cost per platinum ounce was unusually high. However, that disclaimer aside, Amplats recorded a good first half in terms of those things it can control such as costs and volumes, as volumes recovered to a normalised level, allowing unit costs to decline.

The platinum group metals (PGM) basket price was also significantly higher during the period, thanks to stronger platinum, palladium, and rhodium prices. Adjusted earnings before interest, tax, depreciation, and amortisation (EBITDA) soared 385% YoY to R63.3bn and the Group generated R176/share in diluted HEPS, all of which was converted into free cash flow (FCF) of R182/share. The company said it would pay a R175/share interim dividend vs the R10.23/share paid in 1H20. Amplats’ formal dividend policy is to pay out at least 40% of earnings as a dividend. It started the year with R20bn or R74/share of net cash on its balance sheet and the Group’s strong balance sheet and FCF generation has allowed Amplats to declare a dividend equal to c. 100% of earnings. We expect similarly strong cash generation (and in some cases, cash returns to shareholders) from other JSE-listed PGM and diversified miners in 2021.

PGM production from Amplats’ own mines rose by 29% YoY to 1.404mn tonnes and all its operations posted higher production during the period under review vs 1H20 – the corresponding period was also hard hit by the COVID-19 pandemic and government-imposed lockdowns. Still, Amplats warned that the pandemic continues to have an impact on safety and productivity, despite the record earnings and dividend announcements.

1H21 has been six months of extraordinarily strong cash generation for Amplats, as illustrated in two ways. First, its margins are higher than at any prior period between 2006 and June 2021. Second, we estimate that Amplats generated as much FCF over the past six months (R48bn) as it did cumulatively from 2011 to 2020 (also R48bn). We therefore believe that 1H21 earnings are close to “peak” earnings for the PGM sector. In fact, the PGM basket price is currently already 10% lower than its 1H21 average, because the price of rhodium has declined by c. 39% from its recent peak of c. US$29,500/oz in April 2021. We estimate that Amplats is trading at 5.5x FY21 earnings, although there is some downward pressure on earnings. That multiple is comparable to its peers, which are also trading at low to mid-single digit earnings multiples. 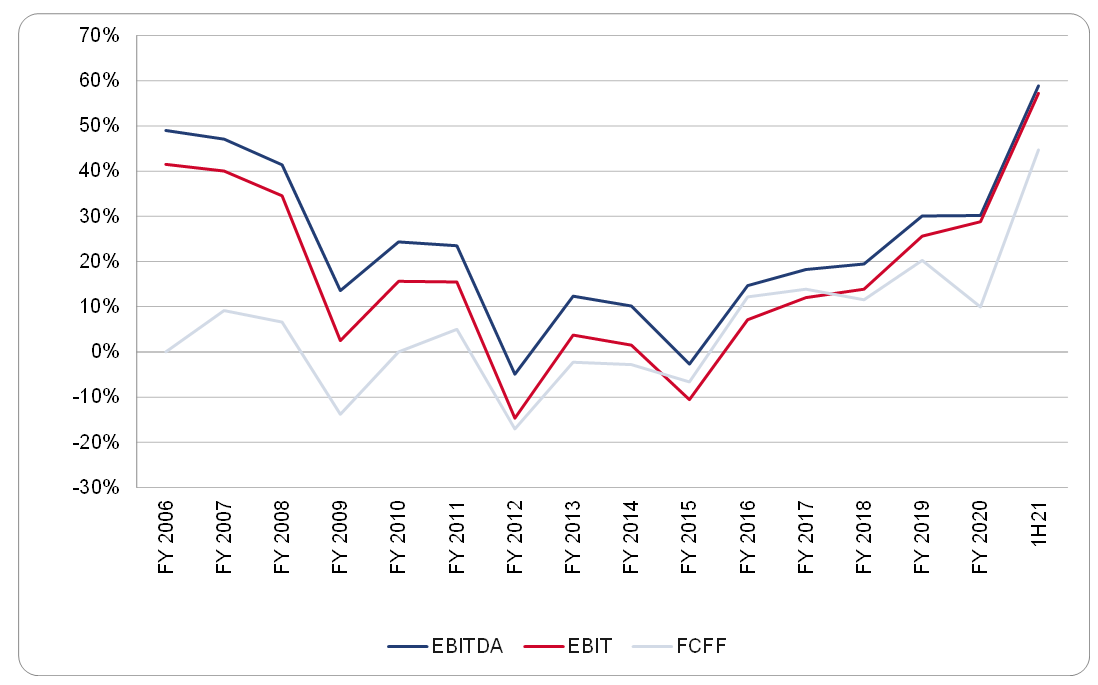 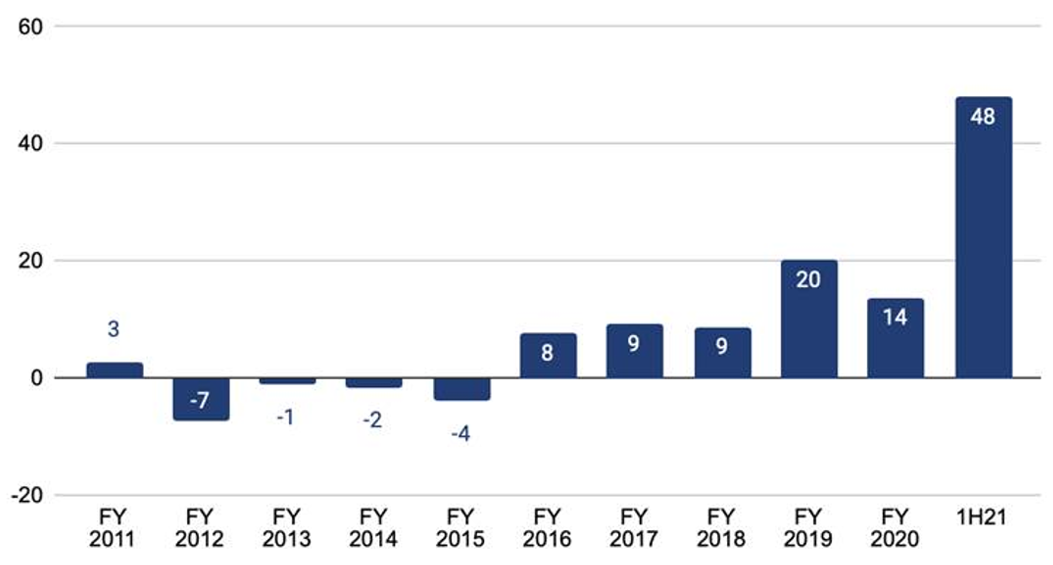 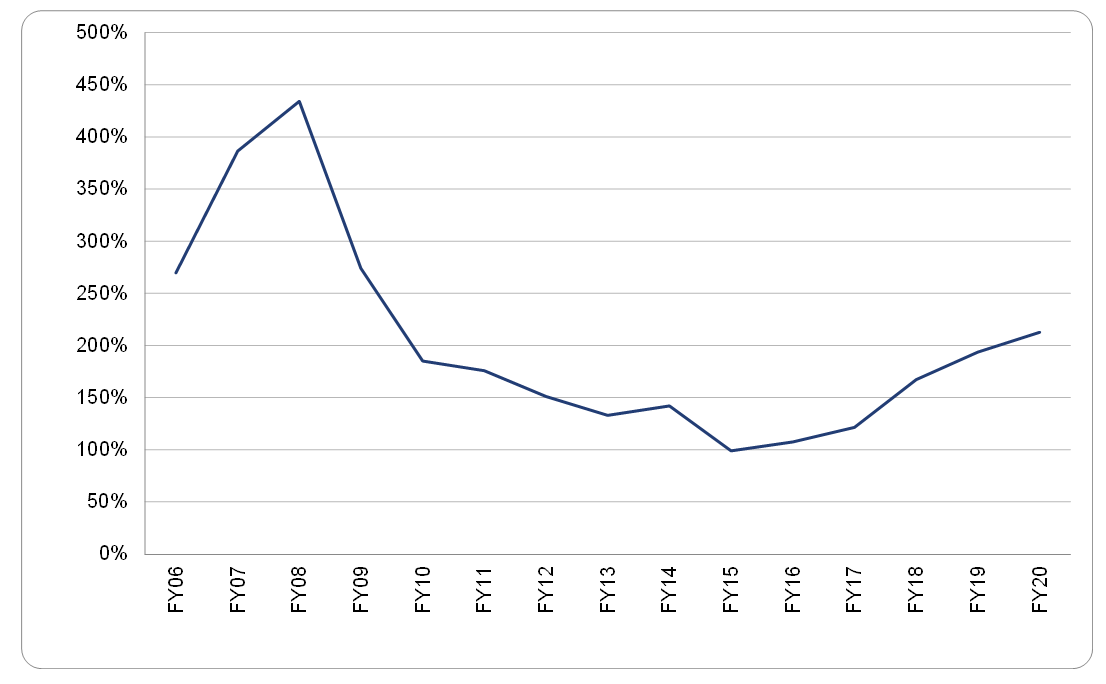 We do not have large exposure to Amplats across our mandates, but we do have PGM exposure via Impala Platinum, Northam, and Sibanye Stillwater. We would recommend that investors continue to hold their positions in these counters as we are expecting similarly strong cash generation from those companies when they release their respective results over the coming weeks. We note, however, that given our view we may be close to peak earnings for the PGM sector, we hold those positions with one eye towards the exit door.