In terms of the argument relating to the absolute level of interest rates, we highlight that the tech bubble took place with the US 10-year yield at around 6%. And the steepest part of the ascent came as yields rose from 4% to 6%. In theory, rising interest rates should put a dampener on valuations, however, in practice, liquidity and animal spirits trump theory.

That said, the speed (and volatility) of the YTD ascent in yields is important, as it probably would have triggered massively leveraged bondholders to partially unwind their positions, with knock-on effects for other asset classes. The narrative element is also important – to the extent that market participants believe the rates vs stocks and value vs growth narratives, they become a self-fulfilling prophecy, at least temporarily.

So, where do we stand in terms of the growth vs value trade? Factor timing is, almost by definition, impossible. But to the extent that growth (as a factor) was crowded, that extreme in positioning has pretty much unwound – see the blue diamond on the far right of the chart in Figure 3 below. The unwind has been extreme vs history. 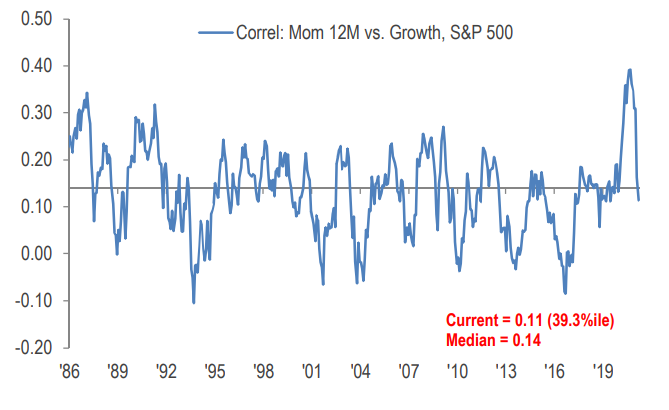 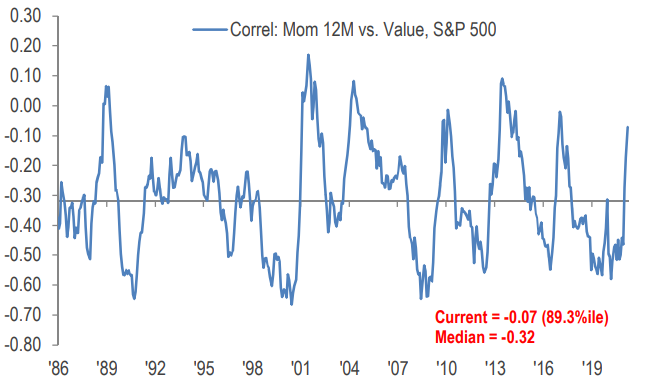 Not surprisingly, market participants expect value stocks to do well:

Value frequently correlates with cyclicality, which is clearly how investors are currently positioned: 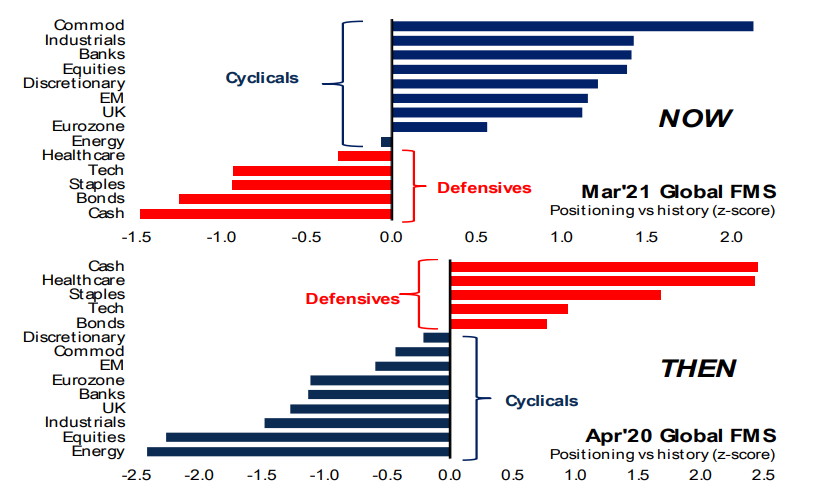 On the flipside, investors have cut their tech exposure to levels last seen more than a decade ago.

Figure 8: FMS tech overweight has been cut to its lowest level since January 2009, net % of asset allocators say they are overweight tech

Putting all of the above together, we suspect (no guarantees!) that the worst of the growth sell-off is over. We do not think tech and growth stocks need the 10-year yield to fall, these counters only need it to stop rising at such a rapid pace. As US hedge fund manager David Tepper pointed out recently, the Bank of Japan is not moving its yield targets, which make US treasuries increasingly attractive to Japanese investors. European Central Bank President Christine Lagarde has also re-emphasised her commitment to maintaining a supportive monetary policy regime, further reinforcing the ceiling on the US 10-year.

We believe that the initial yield shock factor is gone, at least for the short to medium term. While not necessarily at a tipping point just yet, positioning risk has shifted from growth to value. This is not to imply that any factor must behave in any particular way prospectively, but markets have a habit of upending consensus narratives and positioning.