The latest coronavirus: An explainer

A new coronavirus originating in Wuhan, China (reportedly in a market selling wildlife illegally) has thus far killed around 106 people and infected 4,610 in Mainland China (as at 28 January). Cases have also been confirmed in a number of other countries including Australia, France, Japan, Malaysia, Singapore, South Korea, Thailand, the US and Canada, with a total of 65 infections globally (excl. Mainland China – see Figure 1). To contain the outbreak, 20 Chinese cities are facing travel restrictions with the Chinese government banning wildlife trade and extending the Lunar New Year holiday (until 2 February) to prevent accelerated transmission. On Tuesday (28 January), Hong Kong also announced restrictions on travel to and from Mainland China. Forbes estimates that 25% of the 7.7bn global population celebrate Chinese New Year and it is the world’s largest migration of people by far. 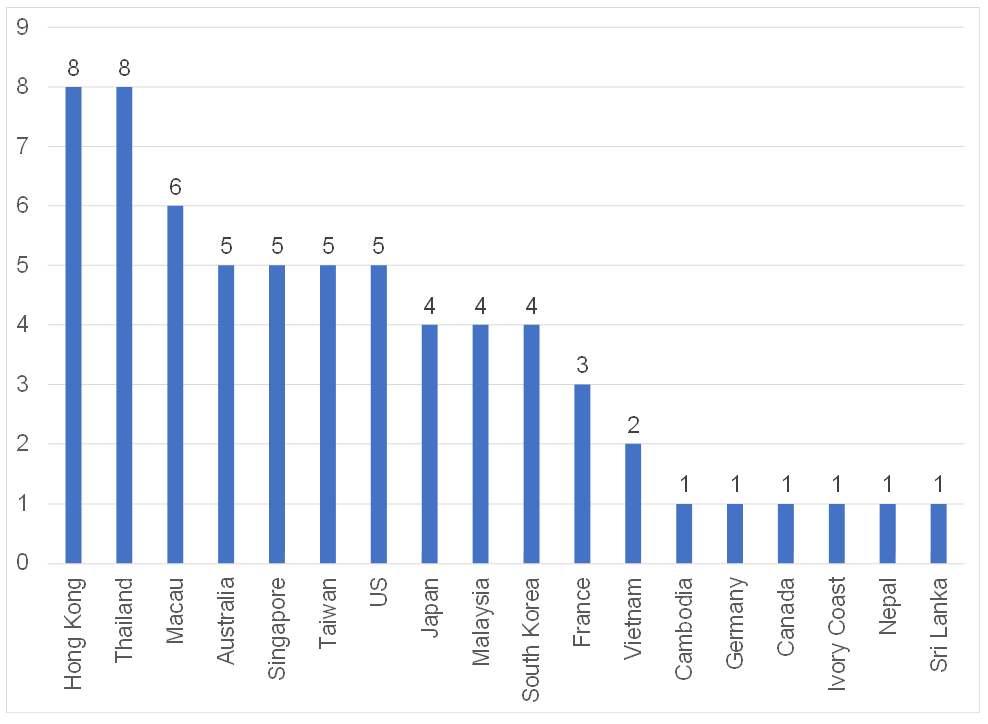 What is the coronavirus?

According to the World Health Organisation (WHO), coronaviruses are a large grouping of viruses that cause illnesses ranging from a common cold to severe respiratory diseases such as Severe Acute Respiratory Syndrome (SARS) and Middle East Respiratory Syndrome (MERS). The new coronavirus is called novel coronavirus of 2019 (2019-nCoV or Wuhan Flu) with signs of an infection including fever, coughing and breathing difficulties while more severe cases cause pneumonia, kidney failure and death. The Wuhan Flu reportedly has an incubation period of between one and 14 days and it is contagious even before symptoms initially appear. The WHO says that, while the virus is an emergency in China, it was too early to declare it a public health emergency of international concern.

Historically, the impact of disease-related events on global markets have been temporary – a small, short-term impact with travel-related stocks, retail sales (especially luxury goods companies) and restaurants likely to be hardest hit. The Wuhan Flu is being compared with 2003’s SARS outbreak, which also initially occurred around Chinese New Year and was stopped by July 2003. At that time, Chinese and other Asian markets declined as SARS spread, although these markets bounced back once SARS was contained. China’s economy rebounded relatively quickly after SARS faded away, with its GDP growth coming in at 10.0% YoY in 3Q03. However, we highlight that the size of the Chinese economy has more than doubled since, so if it were to slow down significantly it could have a spillover impact on some of China’s major trading partners. Ratings firm, S&P Global calculates that China’s economic growth could contract by 1.2 ppts this year if spending on services such as transport and entertainment fall by 10%. 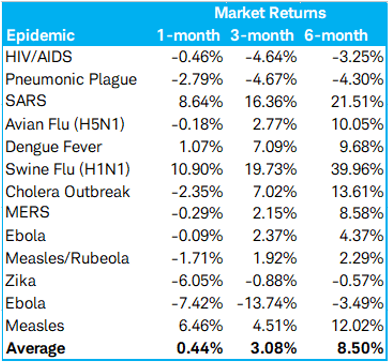 The likelihood going from past experience is that markets could react sharply, albeit temporary, to news about the virus in China and elsewhere, until it stops spreading. Asian markets will likely bear the brunt of the impact (Japan’s Nikkei recorded its worst drop in five months on Monday), while US markets will be less impacted unless the virus proves to be far more deadly than is currently believed to be the case or if infections spread to large numbers of people.

While it’s too soon to correctly estimate the negative impact on China’s economy, fears of a China-led global slowdown could (and has already to a degree) negatively impact some commodities markets, such as oil, copper etc. The oil price is down c. 10% since 17 January (the International Energy Agency says China is the world’s second-largest oil consumer), while CNBC reports that refined petroleum products (jet fuel, diesel and gasoline) have been hit “by fears that the virus will slow global transportation” and impact commerce and travel within China.

Travel-related sectors such as airlines, hotels, and retail will also be impacted. We highlight that, according to The Financial Times, China now accounts for more than one-third of the total value of luxury goods purchases. This means that if Chinese tourists (who are big spenders) curtail their travel at a time when people are usually more likely to spend, it will negatively impact demand in duty-free shopping and in turn in luxury goods. The Walt Disney Co. (Disney) has also closed its Shanghai and Hong Kong theme parks as a precautionary measure and the Disney share price is down c. 6% YTD (to 27 January’s close). Other travel-related companies have also been affected – Airbnb will allow guests living in or travelling to the Hubei province (the epicentre of the outbreak) to cancel reservations at no charge, while cruise lines such as Royal Caribbean (-12% YTD) and Carnival (-11% YTD) have banned passengers that had recently come from Wuhan from going on board their cruise ships. Starbucks has closed its stores in Wuhan, while McDonald’s closed its businesses in Wuhan and the surrounding cities where public transport has been stopped.

Fortunately, so far, the Wuhan virus seems to be smaller than SARS in severity. Just over 100 people have died (the mortality rate is at c. 3%) and China has been far more aggressive in attempting to contain the virus than during previous outbreaks such as SARS. Globally, its impact has been minimal to date, with tourism and consumer spending likely to be the most impacted in the affected regions. While the travel industry might, for example, be hard hit, other industries (e.g. medical), will experience positive impacts. The effect on US markets will likely be far greater if the virus proves to be more deadly than is currently believed to be the case, or if it infects large numbers of people – inside and outside China. If the virus halts travel (which has already occurred to a degree) and impacts Chinese consumption, it could have larger economic implications for the US and other major global markets.