Tencent released its 1Q20 results (to the end of March) on Wednesday (13 May). The result included the period during which China was heavily locked down, and it is clear that Tencent was a big beneficiary of this, which drove its results to come in ahead of expectation. However, we note that Tencent cautioned that the significant benefits of the China lockdown have normalised to a large extent in 2Q20 as people in that country have returned to work. In addition, the company highlighted that it is seeing more headwinds from the economic impact of the pandemic now coming through.

The following stood out for us from these results: 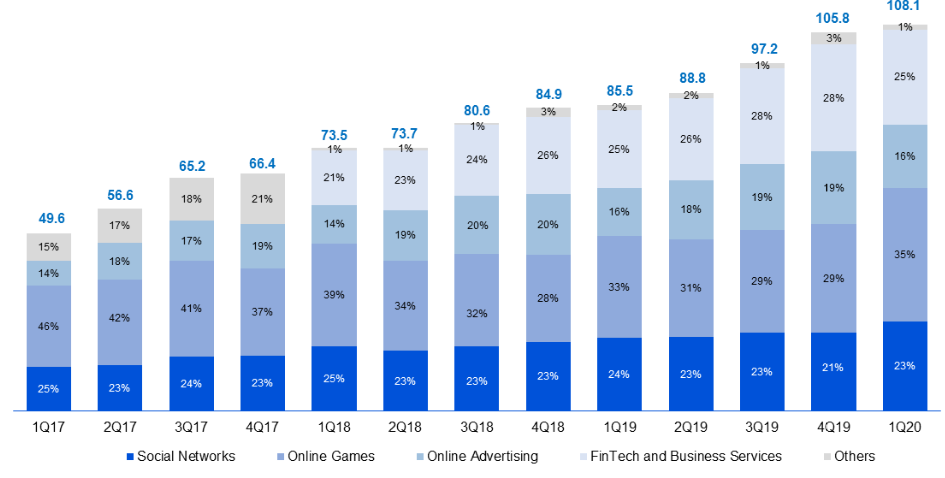 *Note that starting in 1Q19, Tencent moved FinTech and Business Services revenues out of the Others segment to form a new segment.

So, to sum up, it was a really strong quarter, driven by the high-margin divisions in the business and a lot less reliant on the lumpy 1PE-type investment gains that have propped up past results. Free cash generation was very strong, and the balance sheet is in good shape. The strong message though is that this quarter should not be extrapolated for the balance of the year.

Turning to valuation, Tencent is currently trading on a 12-month forward PE of 33x. As highlighted in Figure 2 below, this is bang in line with its 10-year average. It is expected to grow earnings at a CAGR of just over 20%. As mentioned above, you might want to strip out the $58bn investment portfolio, which would put it on a forward PE of c. 29x, and undoubtedly makes it look more attractive relative to its history. We may see some modest upgrades here, but we expect the fairly cautious talk, about conditions normalising for Tencent subsequent to 1Q20, to temper this.

We may see a bounce in the share price on the back of this result, but it looks to us as if the share is getting into territory where investors have to be slightly more careful unless they are buying in for the long term and are happy to live with some bumps along the way. Bulls talk about the possible listing of Tencent’s FinTech assets in the medium term as a possible value unlock, for example. 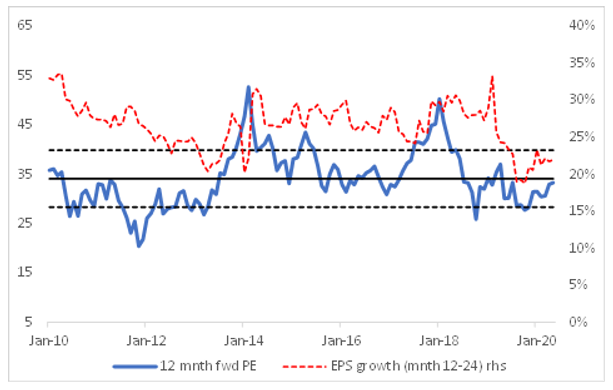 Turning to Naspers/Prosus, we wrote about the Tencent results being potentially important for the possible early inclusion of Prosus in the Euro Stoxx 50 Index (Europe’s leading blue-chip index) in June. While you might conclude that Tencent didn’t exactly smash the ball out of the stadium vs consensus, it was still a solid beat, so we have to put a tick in the box for this important step in a Prosus context. There has been a lot more chatter from brokers about this in recent days and, by the looks of things, Prosus is currently at about position 23 if the measurement was done now (it needs to be in the top-25 at the end of May to get early inclusion in June, failing which it should be included in the normal annual re-measurement that takes place in September).

Looking at what has happened to the discounts in the last few days, it is pretty clear that the market is rapidly pricing this early inclusion into Prosus. Its discount to NAV is all the way back down to 25%, while the spread between the Naspers and Prosus discounts has blown out to the highest (at 21%), since Prosus listed on 11 September 2019. That this is the way it is playing out is entirely understandable. Maybe there is more of a squeeze on Prosus to come, but the next trick we need to be vigilant for is the time to switch from Prosus into Naspers. As we have said before, the long-term play remains the value unlock in Naspers, which is currently trading at a 45% discount to NAV.

Figure 3: Naspers and Prosus’ discount to NAV since Naspers announced the plan to list Prosus 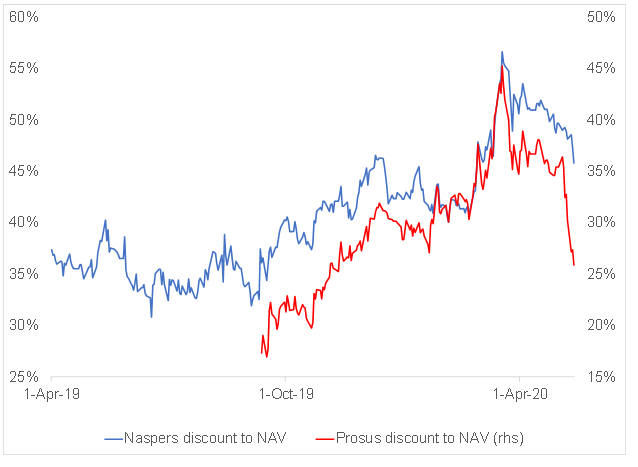 Figure 4: Gap between Naspers discount and Prosus discount to NAV 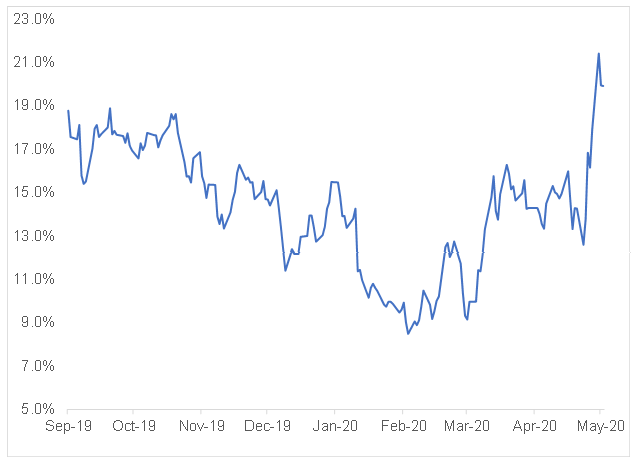