Sasol organisational update: Positive but no specifics on asset disposals

On Thursday (18 June), Sasol released an updated response to the oil price volatility and the COVID-19 pandemic. The firm said that it would start consultation with its workforce on possible retrenchments after deciding on an organisational shake-up that will see two core businesses emerge. Sasol’s share price has been under severe pressure this year and is down 54.1% YTD (to Wednesday’s [17 June] close). However, the share price has made a remarkable recovery since its March lows, when the triple whammy of cost overruns at its Lake Charles Chemicals Project (LCCP) facility in the US, the COVID-19 pandemic and a plummeting oil price, resulted in its share price dropping to R1.34/share. This resulted in severe strain on a Group that had c. R155bn in debt as at the end of December 2019. 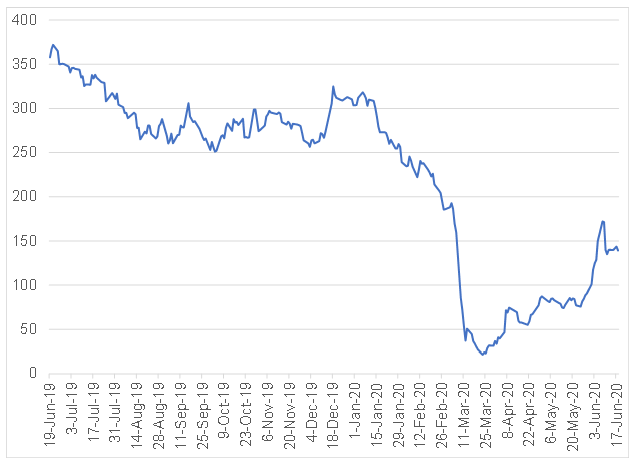 For us, probably the biggest piece of news from this update is the lifting of Sasol’s debt covenants. Sasol’s lenders have agreed to waive the June 2020 and December 2020 covenants from 3x net debt/EBITDA to 4x net debt /EBITDA. However, we note that this is subject to certain conditions including no dividend payments or acquisitions while net debt/EBITDA remains below 3 times.

An update on the hedging programme was also provided:

No real update was given around its planned asset disposals beyond Sasol stating that good progress is being made, despite the current difficult macro environment. The strategy outlined by Sasol earlier this year to raise $6bn in capital implies that it is looking to raise anywhere between $0bn-$4bn in asset sales.

Response to the lower oil prices

Sasol indicated that headcount reductions are likely to happen in response to the lower oil prices. The company has issued a section 189 to its representative trade unions, inviting them to enter into consultations with Sasol.

The sensitivity table in Figure 4 looks at FY21 earnings under different oil price and rand assumptions.

The earnings in Figure 4 above essentially exclude the LCCP’s earnings, given that LCCP earnings will be minimal due to low volumes and muted chemical prices.

Sasol guided to $1bn EBITDA from LCCP in 2022 before COVID-19 hit. For the exercise below, we take a c. 30% haircut to that number and get a R25/share valuation for LCCP. 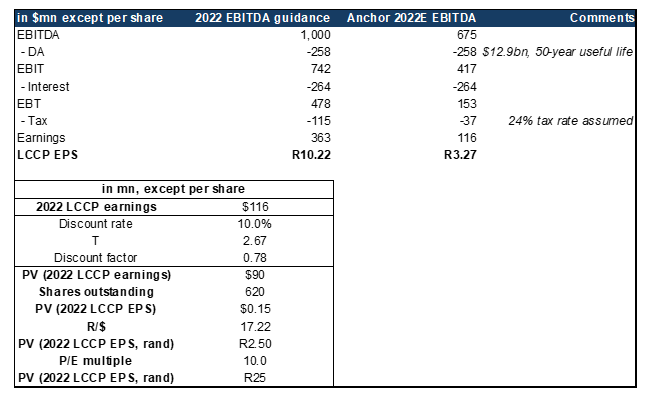 We highlight that it is important to note that it is very possible to construct a wide variety of scenarios for LCCP, depending on how global growth and petrochemical prices develop.

Nevertheless, using that R25/share valuation for LCCP and adding it to the value of the existing business gets you to a valuation for the wider Group. Figure 6 and 7 below, show the sensitivity of earnings and the valuation to the oil price assumption you make (note: these tables do not take potential asset sales or a rights issue into account).

The big variable or question mark is the asset sales now – how much can Sasol raise in asset sales and can it be done at decent valuations?

With oil recovering back to $40/bbl, the likelihood of value-destructive M&A (selling assets at dramatically punitive valuations) subsides somewhat. Thursday’s update also hints at finding a partner for Sasol’s US Base Chemicals business.

Between now and the Sasol annual general meeting (when management has said there should be clarity over the capital-raising plan), the Sasol share price is likely to be a levered play on oil prices and risk sentiment.

The other part of the Sasol thesis has been the decline in capex post-LCCP. Capex will nearly halve in FY21 compared to FY19 because spending on LCCP has now ended. 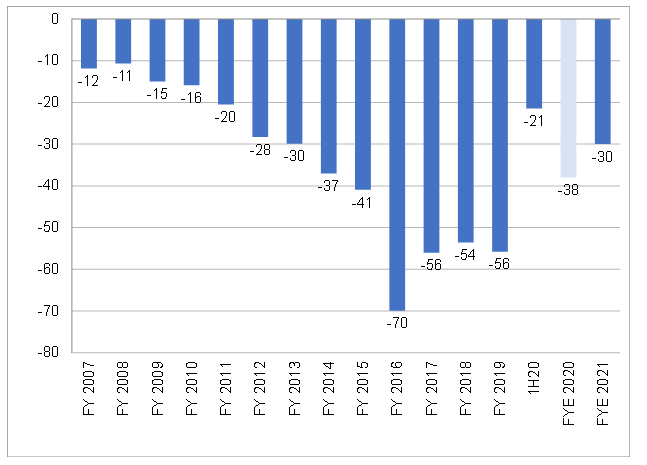 This should really help free cash flow. Sasol has been burning cash for the past four fiscal years because of LCCP capex. 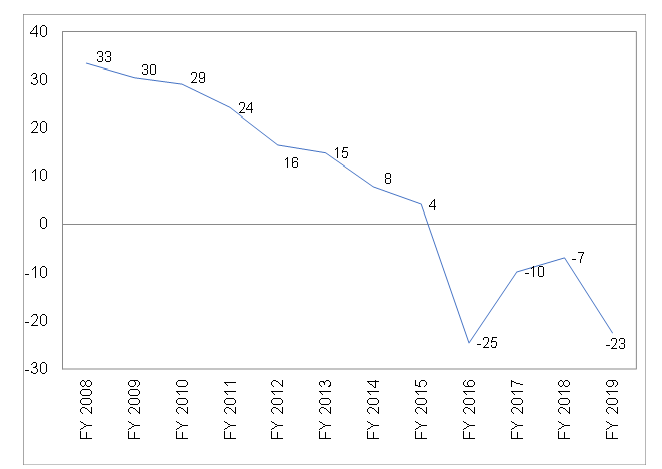 We view this update in a positive light, particularly the lifting of debt covenants for the remainder of the current calendar year. Unfortunately, there were no real specifics given by Sasol on the planned asset disposal programme, which remains key to the company’s plan to raise a total of $6bn. Sasol’s earnings are marginal at current oil and chemical prices (see Figure 6 and 7). The share seems reasonably priced to us given the risks both to the upside and to the downside. The next major catalyst will be when the company provides the market with more clarity around its balance sheet plan (i.e. asset sales and a potential rights issue) later this year.