Luxury goods business, Richemont reported FY20 and 4Q20 results recently, which showed that its fourth-quarter sales declined by 18% YoY as the world’s wealthy spent less money on expensive jewellery and watches (these segments account for a combined 70% of Richemont’s total revenue – Figure 1). Richemont owns brands such as Cartier, Dunhill and Chloé. The company said that sales in China fell 67% YoY in its fourth quarter (January to end March 2020), while the Asia Pacific region recorded a 37% fourth-quarter YoY decline. Also in 4Q20, Europe recorded a sales decrease of 10% YoY, but in the Americas, sales rose by 6% YoY.

For FY20, Group sales rose 2% YoY to EUR14.2bn, but were flat on a constant currency basis. Growth was driven by its Online Distributors and Jewellery Maisons divisions, with good performances in the Americas, Europe, and Japan more than offsetting the decline in the Asia Pacific region. Richemont halved its FY20 annual dividend to preserve cash but said it is investigating a scheme to reward shareholders. Releasing the Group’s results, Chairman Johann Rupert said that the luxury goods industry was dependent on customers’ willingness to spend. However, with lockdowns and the COVID-19 pandemic, global travel had been curtailed dramatically, and headwinds were expected to continue in the months ahead.

Overall, it was a set of numbers which gave the market some cheer that the COVID-19 impact had not completely decimated the Group’s fourth quarter, as some may have feared. However, management, and particularly Rupert, did paint the picture that the pandemic’s impact was hard to forecast and, more importantly, may last for a while still, with a 12-to 36-month guesstimate being put on the table. 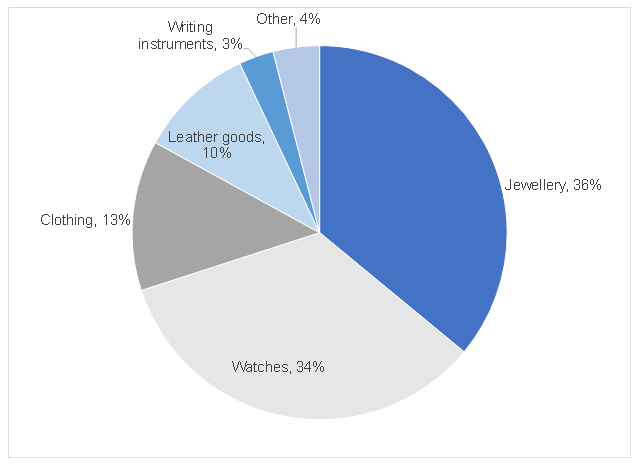 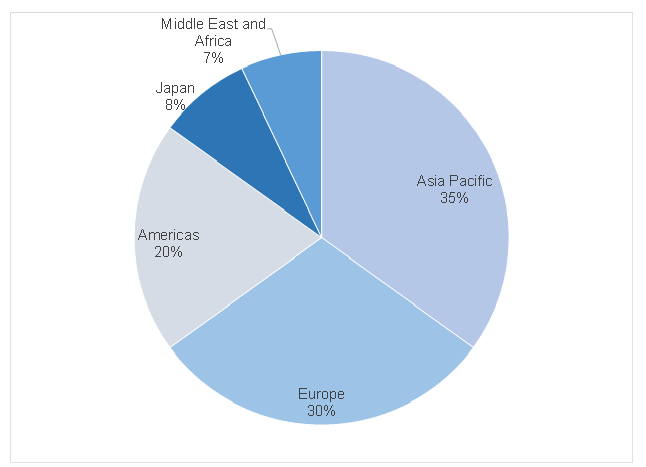 Richemont’s direct/store distribution channels were hard hit by the virus (Asia ex-Japan saw sales slump by 37% YoY in 4Q20). This has accelerated Richemont’s focus to online distribution via online retailer, YOOX Net-A-Porter Group (YNAP), which it acquired in 2018, and its joint venture (JV) with Alibaba in China. FY20 growth in sales of 2% YoY was attributable to online sales – on a LfL basis, excluding online, sales would have been down 1% YoY.

Nevertheless, overall, at the topline, the numbers did prove the point that goods were moving, and a very strong 4Q20 sales performance in the Americas (+6% YoY) and a reasonable one in Europe (-10% YoY ) helped hide the Asian wound. As the virus’ impact moved west though, we expect that pain points will materialise, with large store closures in Europe and the US in April and May, even as China and Asia recovers.

The real impact and pressures on the business can be seen in its margins. Gross margins (GMs) fell from 61.8% to 60.5%, on the back of the following:

In summary, price competition, particularly online as many companies moved to that channel, and some volume pressure via production centre closures in China, impacted the Group’s GM.

Operating margins were even harder hit, falling from 13.9% to 10.7%. Net operating expenses rose by 6% YoY, with administrative costs rising on the back of a stronger Swiss franc, digital costs and IT costs. In addition, fulfilment costs were more than 50% higher. This related to conventions and marketing events that were canceled.

Below the operating profit line, net finance costs increased by 84% YoY to EUR337mn. This included a EUR245mn loss from forex hedging activities. This in turn led to a 33% YoY LfL fall in profit before tax (excluding the EUR1.38bn prior-year revaluation gain of YNAP) and a 17% YoY drop in net profit after tax (NPAT).

Thomson Reuters consensus analysts’ estimates for FY21 have been trimmed since these results were released but the question remains whether this was by enough? 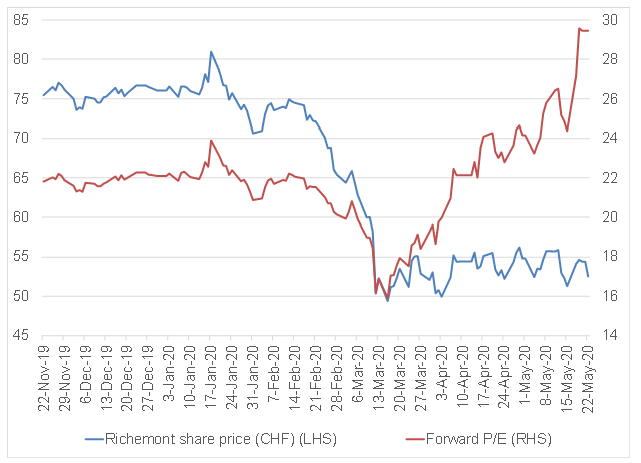 We would look for buying opportunities into share price weakness.