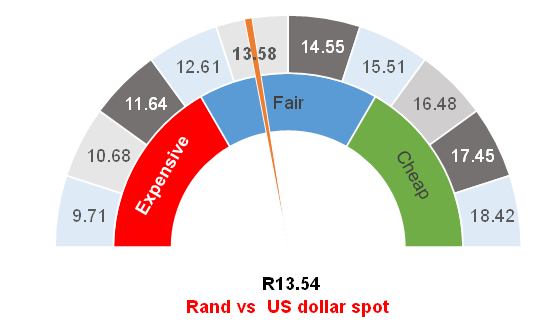 The eagerly awaited US inflation numbers were released on Thursday (10 June). On a YoY basis, May US CPI climbed to 5.0%, which is well above the 2% target of the US Federal Reserve (Fed) and the highest level in since 2008. However, the Fed has, for some time, been saying that the unlock of the US economy, combined with supply chain blockages, will spike inflation temporarily and that it will look through such a short-term spike. It is therefore important to highlight the underlying detail of what is driving US inflation at the moment. Importantly, the medical services and shelter components, which together represent 45% of the total inflation basket, are seeing inflation prints of 1.5% and 2.2% YoY, respectively – in line with the Fed’s target. Instead, US inflation is being driven by airline ticket prices normalising and used car prices rising due to supply chain constraints. Neither of these inflation sources are seen as self-perpetuating and we believe that they will normalise as the world continues to recover from the COVID-19 pandemic. The market also seems to be increasingly believing the Fed that inflation will be a temporary spike and since Thursday we have seen US bond yields moving lower with the dollar drifting weaker.

The other major economic news release on Thursday was South Africa’s (SA’s) current account, which showed a surplus of R267bn for 1Q21. Loosely speaking, this means that foreigners have been buying nearly R90bn a month in order to pay for our exports. If you cast your mind back a year, SA had just lost its investment grade rating and was dumped out of the World Government Bond Index (WGBI). At the time there was immense fretting over the fact that foreigners would sell between R75bn and R100bn worth of SA securities due to the country’s WGBI exit. The size of the current account is such that we are effectively having a WGBI equivalent every month, the only difference being that this time around it is in SA’s favour. It is therefore no wonder that the rand has been gaining ground.

The weaker dollar, SA’s strong terms of trade supporting a current account surplus, and lower US interest rates are all supportive of a stronger rand. Perhaps most importantly, the data calendar is now quite calm for the next three weeks with little by way of important new information expected. This period of calm is fertile ground for currency carry traders who will be attracted to the local currency and we expect that this combination will give a strengthening bias to the rand for a short period.

We maintain our view that the current account surplus will gradually dwindle and that eventually the US will taper its bond buying programme. Therefore, while the near-term bias is for a strengthening local unit, we do see support for the rand gradually weakening. We continue to hold our purchasing power parity (PPP) model, which sees the rand trading in the R14.50-R15.00/US$1 target range. We do not expect to see it at those levels again in 2021, although in time the currency should bounce to around our fair value line. At R13.54/US$1 on Friday morning (11 June 2021), you can see how the rand has pushed below the midpoint of our fair value range. We continue to hold the view that this is a decent level at which to take advantage of the stronger rand, although we also highlight that there is every possibility that the local currency will continue to strengthen for a while yet. 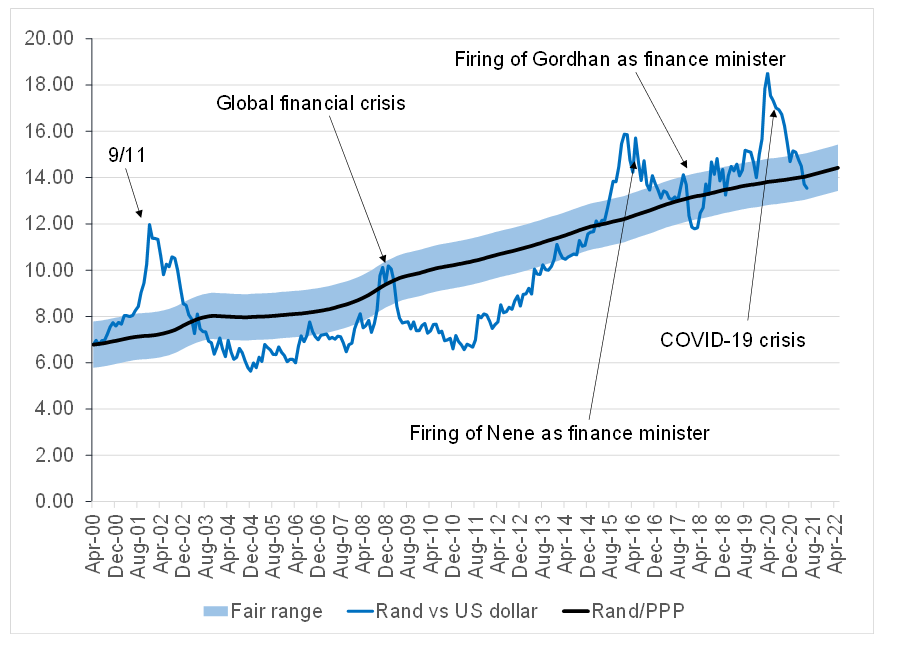