The end of the Northern Hemisphere summer has coincided with a spike in new COVID-19 infections in major Northern Hemisphere economies. This second wave of infections seems to be most destructive in Europe with several European countries (including France, Spain, Italy, Belgium etc.) taking urgent new measures this week to combat this second wave of infections. According to Johns Hopkins, the total number of worldwide cases of COVID-19 crossed the 40mn mark on Monday (19 October). 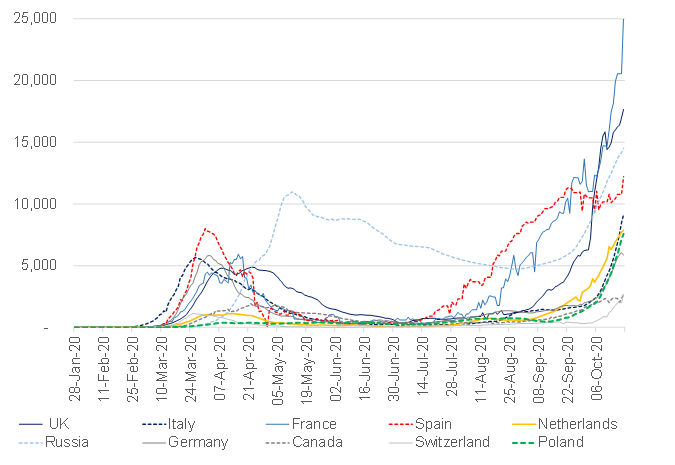 The world’s largest economy, the US, is also seeing a re-acceleration of new cases heading into winter.

Figure 2: US COVID-19 cases on the rise heading into winter 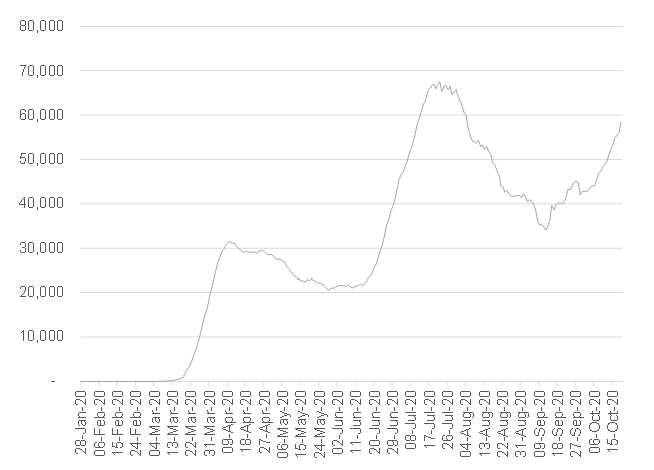 Meanwhile, in Asia, Japan, China, and South Korea have done a great job of avoiding any major second waves while some emerging market (EM) economies also seem to have stabilised new infections at fairly low levels. 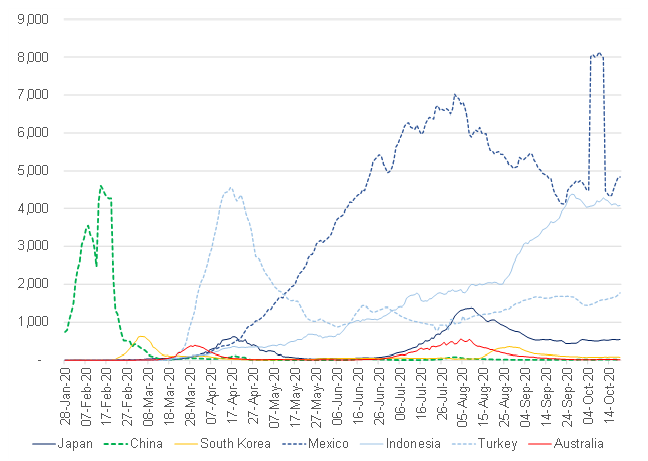 Elsewhere, Brazil, and India have managed to slow the spread of new infections.

Figure 4: Major EM economies getting the spread of infections under control 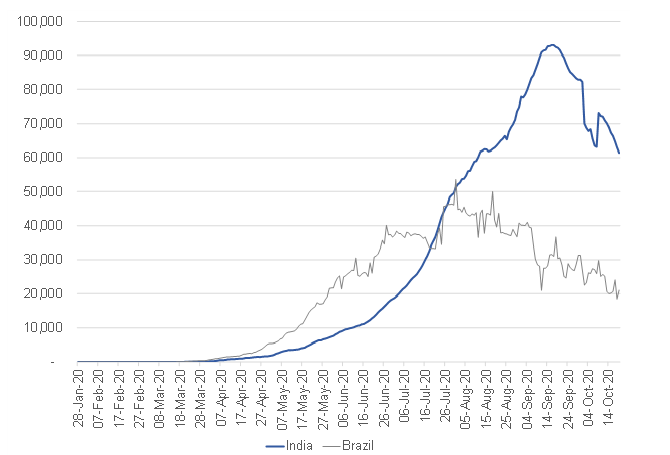 Our calculations suggest that the 18 countries representing more than 85% of total global economic activity can be broadly categorised as follows:

Figure 5: Trajectory for new infections in the largest global economies 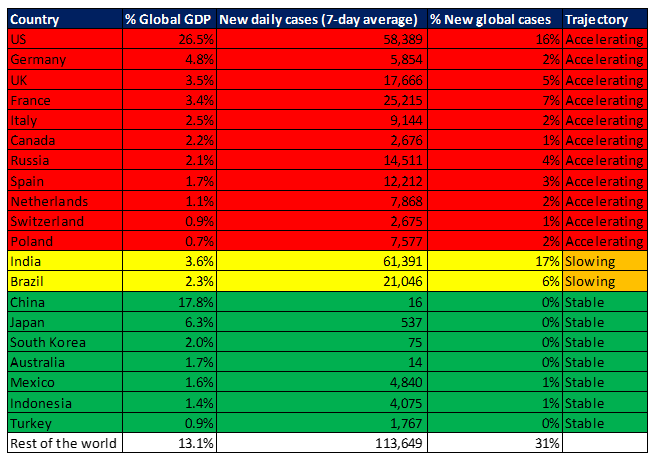 Encouragingly, despite accelerating infections in those countries representing half of the world’s economic activity, many countries appear to have become more effective at introducing mobility restrictions with a much lower impact on economic activity. UBS has developed a scoring system on a scale of 1–10 to indicate the level of restrictions by various countries (0=no restrictions, 10=maximum restrictions). This indicator, when aggregated based on GDP, reached a level of around 6.5 in March/April at the height of the first wave of the COVID-19 pandemic, when new daily infections stood at c. 80,000. New daily infections are now in excess of 350,000 and yet aggregate mobility restrictions are only marginally above 3.