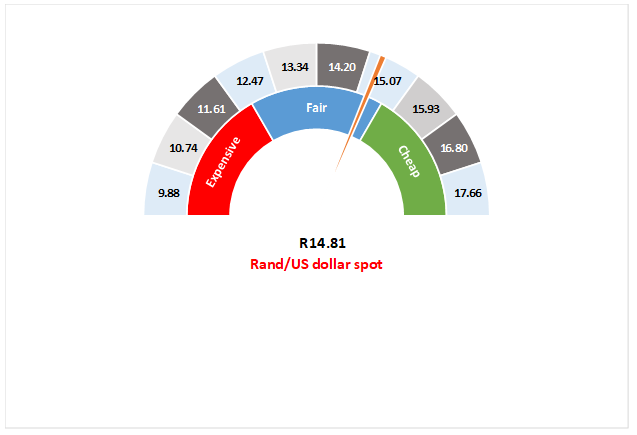 The South African (SA) rand came under significant pressure last week as fears around the impact of the new coronavirus (or Wuhan Flu), originating in China, gripped global financial markets.The rand is one of the more liquid and easily traded emerging market (EM) currencies and thus it was heavily sold by investors looking to hedge some of their EM exposure. Local real interest rates are one of the highest in the world, making the currency very expensive to short and thus we believe that these same traders are likely to unwind the short positions they established last week.

Markets are also starting to focus more on fundamentals in SA. Eskom load shedding continues to weigh on both sentiment and the economy and here we note that trade union federation, Cosatu has proposed a plan for Eskom. While the plan is far from perfect and some aspects need to be reworked, overall we believe that there is some merit in what the union is proposing and, in our view, it forms a good starting point for business, government and labour to finally tackle the single-largest challenge facing our economy.

We also highlight that there has been significant movement from government on the electricity front. Minister of Mineral Resources and Energy Gwede Mantashe, on Monday (3 February) outlined government’s plans to open up electricity supply for SA in a speech at the Investing in African Mining Indaba. However, we also need to see action, rather than plans and we note that the gazetting of this revised framework seems to still be a long way off. Nevertheless, we think this is a small step in the right direction (although we think government could have gone further) and it appears to only be in the initial planning phase. This does indicate that sensible plans are being discussed and these incremental changes are positive.

Globally, China has been injecting cash into its economy which will be hard hit by the Wuhan Flu. EMs have been responding positively to this stimulus and Chinese government support with most EM currencies recovering slightly on Monday. Oil, however, has slipped to just above $50/bbl. While South Africans will mostly notice this at the fuel pumps, the impact of the lower oil prices is that the terms of trade for SA will have improved significantly.

Fears around Finance Minister Tito Mboweni’s upcoming Budget speech (scheduled for 26 February) and the Moody’s review of the country will keep the rand on the weaker side of our target range. Given the above circumstances, the sell-off of last week felt overdone to us and we have materially reduced the dollar exposure for a number of our portfolios. We think that in the long run the rand will hover within our fair band. 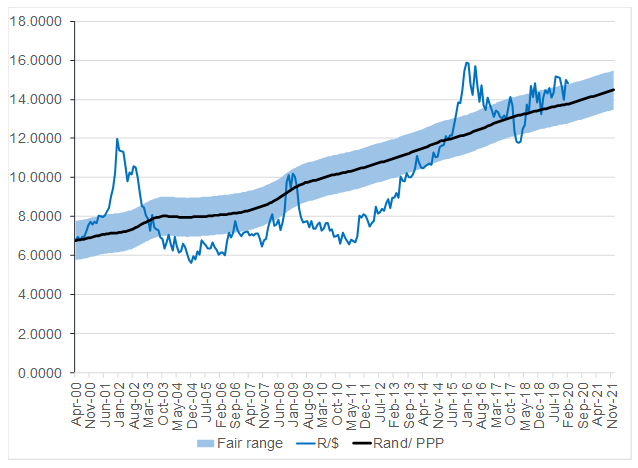