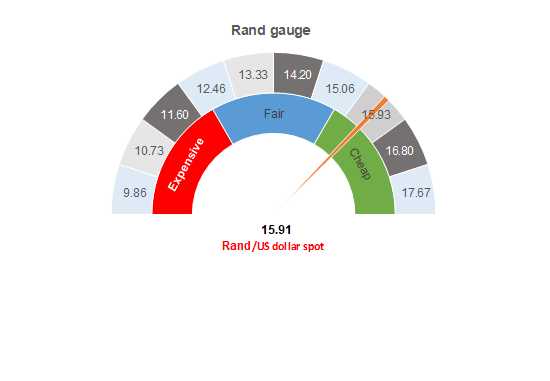 March is shaping up to be quite a month – a novel coronavirus (COVID-19) shock, an oil shock and a Moody’s rating review for South Africa (SA) happening soon. The surprise news over the weekend was Russia not agreeing to oil production cuts at the OPEC+ meeting. In response, Saudi Arabia slashed its oil prices and also increased its production. However, we expect to see increased production from Russia as well. The oil price has moved sharply lower, dropping to around $30/bbl and we suspect that the low oil price might sustain itself for a while yet.

Global financial markets reacted to the oil price shock rather sharply. Risk assets have sold off and emerging market (EM) currencies have been carried weaker. SA was caught in the middle of the risk-off sentiment, although we note that the rand probably stands to benefit from the much weaker oil price in the long run. The lower oil price means that the price of petrol at the pumps could drop by about R1.62/litre next month, which could give some much-needed bounce to consumer spending and the local economy. Also, the lower oil price is immensely beneficial for our terms of trade, where SA’s main import is oil. This will play out as a significantly reduced current account deficit, which will help repair SA’s balance sheet – at least for a while.

At R15.91/$1 this morning (10 March), the rand is outside of our fair levels and is trading cheap. This cheapness may persist for the rest of the month, while we wait for direction from Moody’s. That being said, we do think that the likely combination of global stimulus, an eventual recovery in risk sentiment and the beneficial impact of the oil on SA’s fundamentals will see the rand recover back into our fair value range. We are reducing our currency exposure at these levels, although we note that it may take a while for a recovery to manifest. 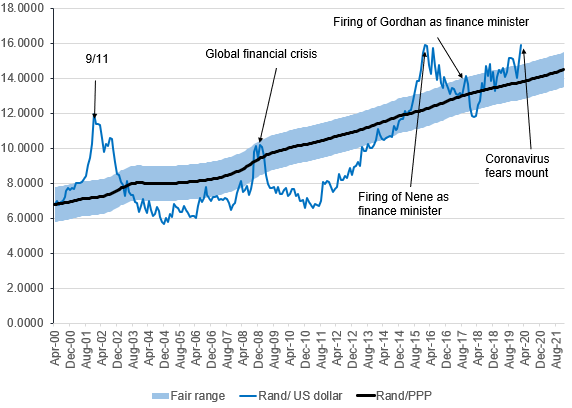