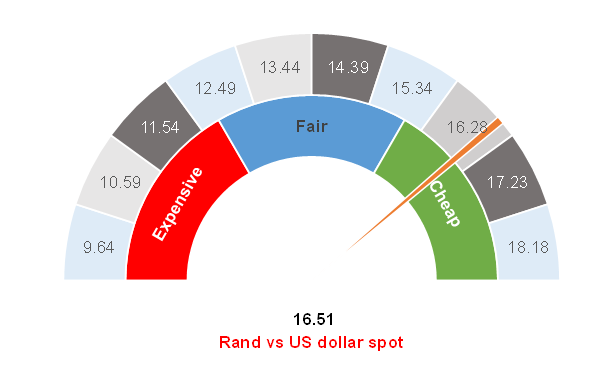 We expected October to be a volatile month with several key events taking place both domestically and abroad. One of these key events, President Cyril Ramaphosa’s economic recovery plan, was announced by the president in Parliament on Thursday (15 October) and went off without creating even the smallest blip on the local market radar. The likely reason for this is because, in part, very little of what he said was new and, in part, there were no strong positive takeaways from the plan (although we highlight that there were also no strong negative takeaways either). Over the last few years there have been a number of economic revival plans in South Africa (SA) and the market is asking whether this latest plan from government will get any more traction than its slew of predecessors. Our view is that the renewed energy and focus being created by the Presidency should see this latest economic recovery plan being better executed than we have experienced in the past. Unfortunately, we remain unconvinced that it will spark the necessary sustainable uptick in SA’s economic growth.

SA’s convoluted policy landscape, burdensome regulations, rigid labour market, and ease of doing business barely got a mention during the president’s speech last week. Without addressing these important issues, there might still be an uptick in the economy, but that uptick will fall far short of what could be achieved. We also run the risk of the growth the economic recovery plan triggers being a spurt that is short lived or an inverted V-shaped recovery, rather than a sustainable outcome for SA. As mentioned earlier, the market barely reacted and we are all now waiting for Finance Minister Tito Mboweni’s Medium-Term Budget Policy Statement (MTBPS), which has been moved out by a week to Wednesday, 28 October, purportedly to give more time for government to find money for state-owned enterprises (SOEs).

Elsewhere, the US dollar has been slightly stronger over the last few days although, as can be seen from Figure 2 below, the rand has continued to claw back some of the lost ground against the greenback. The outcome of the US Presidential Election, scheduled for 3 November, will have a meaningful impact on the value of the US dollar and therefore we expect that the next two weeks could see some sizeable moves as markets try to position themselves for this event.

Overall, we remain of the view that the rand will likely continue its gradual climb stronger although we believe that this will be erratic at times. We have been externalising some money when the rand has strengthened below R16.50/US$1 but we are waiting for the currency to trade in the R15.50-R16.00/US$1 range before we normalise our currency positions entirely. 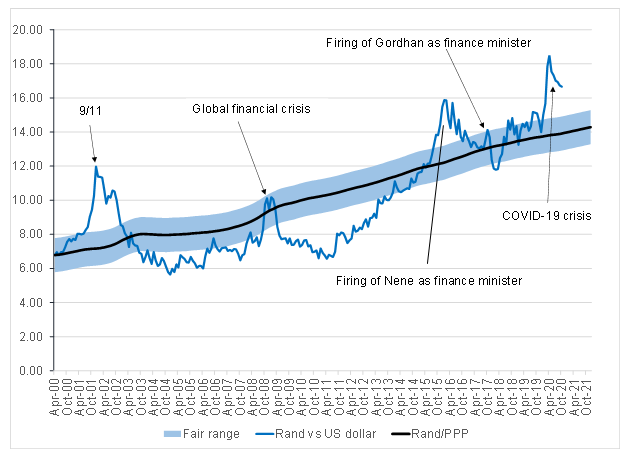